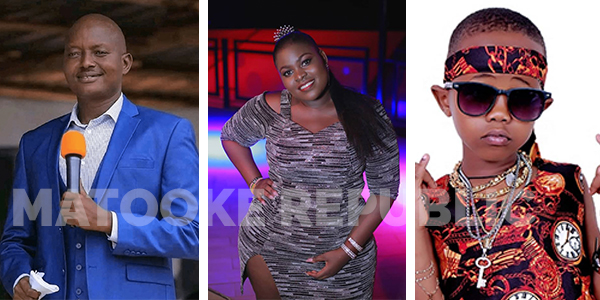 Google is undoubtedly the biggest source of knowledge on the internet, and the term ‘Google it’ has become a confirmation that you know what you are talking about in an argument or anything else.

Google has released the list of top tends, terms, personalities, videos and other things that have been searched the most in 2019, and we are most interested in those that have topped the list in Uganda.

It is no surprise that Uganda’s youngest Rapper Fresh Kid, real name Patrick Ssenyonjo has been one of the most searched people in Uganda, including his songs. Fresh Kid has been the breakout star on Uganda’s music and social scene this year with a string of songs that have been played almost everywhere, as well as being booked for concerts both in Uganda and in the Diaspora.

As Universities graduate over 300,000 youths every single year but the rate of job creation never matches the number of job seekers, unemployment has forced them to take to Google and search for the latest jobs in Uganda.

Miss Curvy beauty contest organise by State Minister for Tourism Godfrey Kiwanda was faced with backlash from the general public who claimed that he has made Ugandan women an object of trade. In his defence, Kiwanda claimed that he was showcasing the fact that Uganda is not only endowed with landscape beauty and wildlife, but also curvaceous women that would entice tourists to flock the Pearl of Africa.

Pastor Bugingo did not make it to this list because of his ‘great’ summons at his House of Prayer Ministries church, hell no. It is his woes with estranged wife Teddy Naluswa that made the flock take to Google to find out why the man of God was speakinging ungodly things about his wife.