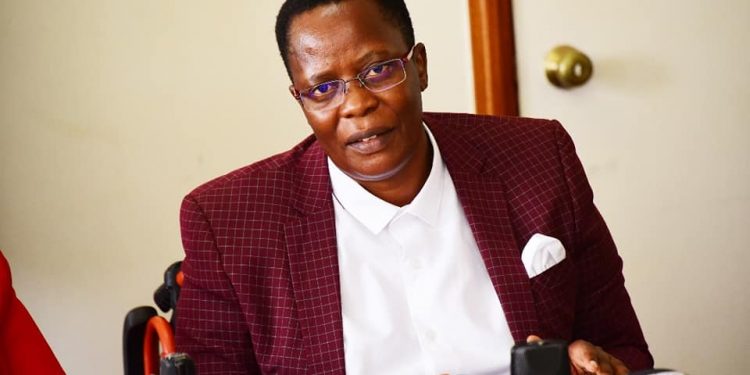 We assume you have all been reading and hearing about closed door meetings amongst Uganda’s opposition camps trying to negotiate about getting a sole candidate for the coming 2021 general elections to stand against incumbent President Yoweri Museveni who was already solely endorsed by his National Resistance Movement (NRM) party.

Mukono Member of Parliament Hon Betty Nambooze has made a revelation saying that People Power Movement is trying to force the entire opposition to endorse its leader Hon Robert Kyagulanyi.

She says worst of all; the youthful movement is not willing and ready to take anything less than seeing Bobi Wine endorsed by all opposition parties.

The ‘People’s Government’ Minister for Information and KCCA admits that Bobi Wine current represents the biggest group of people yearning for change but he has issues to sort out before offering to lead them.

“He must move very fast to reconcile with the voters of Dr. Kizza Besigye,” Nambooze says arguing that; “Besigye represents all political opposition members who have been in politics in the last decade.”

The legislator also predicts that the opposition is bound to face a generational conflict as some leaders are looked at to have overstayed.

“There is need for change in opposition as well. It is normal that the People Power movement come for us before they go to Museveni. Because the opposition has not had the chance to elevate some people into better positions,” she says.

Nevertheless, she believes People’s Government and People Power are not rival competitors in the struggle.

“Uganda why? My people why?” Big Eye cries out to people to let him perform after he was chased off the stage by water bottles