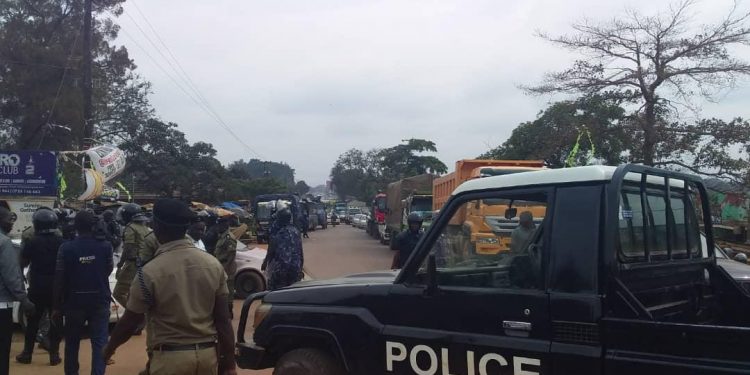 News coming in from Lira indicates that Bobi Wine and his People Power Movement team are set to miss out on another consultation meeting.

Our sources on the ground reveal that there is heavy beefed up security deployment at Pacific Grand Hotel in Lira where the legislator was set to hold his meeting.

Despite this morning Bobi Wine revealing how the People Power coordinators in Lira managed to secure and meet all the necessary conditions, Police say Bobi Wine has failed to secure a written consent letter from the hotel owners.

Though Bobi Wine and his team that set off from this morning Kampala have not yet reached at the venue, supporters and coordinators in the area have already started crashing with Police.

On Monday this week, Police cancelled Bobi Wine’s consultation meeting in Kyadondo East claiming that it was to be held in an open space contrary to the directives of the Electoral Commission.

A series of the members of the youthful movement were arrested including their leader Bobi Wine. Yesterday they held presser where they cancelled their Gulu consultation meeting before vowing that the Lira meeting will go as planned. Or so they thought.