When I first signed BigTril, everyone told me he wouldn’t make it, but I saw something undeniable in him and now the whole world can attest – GNL Zamba 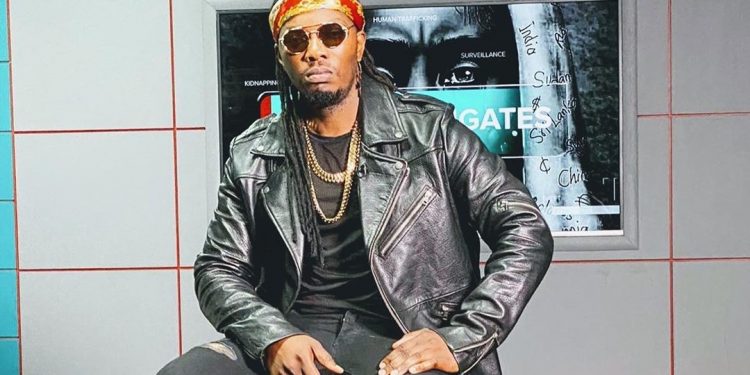 BigTril is currently the big talk of the moment and the phrase parte after parte is now an anthem. If it were possible, at national conventions, we would sing “parte after parte” as opposed to “Oh Uganda” as a token of appreciation for this monstrous tune.

BigTril’s star continues to shine brighter as his song continues to cross border after border and getting nods from various international celebrities from Mavin music mogul Don Jazzy to Hip Hop superstar couple Offset and Cardi B.

One man that is more proud of BigTril’s success is mentor and Baboon Forest CEO GNL Zamba. GNL has been cheering on BigTril ever since Parte after Parte dropped for BigTril got into the game on Zamba’s label, Baboon Forest Entertainment.

In one of the Instagram posts Trizzy makes, the Koi Koi hitmaker is seen cheering him on with fire flame emogis in the comments section. We immediately reached out to Zamba to find out what it feels like to see his protégée fly his kite so high.

“Of course I am so proud of Tril; it is his ‘Trildome’ come. When I first signed him, everyone told me he wouldn’t make it but I saw something in him that was undeniable and now the whole world can witness it. Pure talent,” said the Baboon Forest CEO.

He went on to add that when Big Tril raps he can hear everything while other rappers muffle their punchlines under forced American accents while BigTril shines with a UG swag without even trying too hard.

“It is striker Entertainment for now but Baboon Forest too. Shout outs to his management,” GNL added.

GNL concluded by saying that all BigTril haters should let him have a global hit as it is simply a reward for all his dedication and hard work.

Museveni says he has had ‘real gym’ during the trek

Museveni says he has had ‘real gym’ during the trek