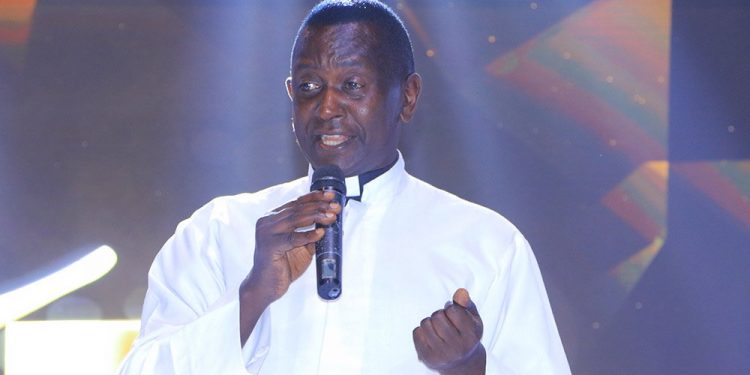 Over the weekend, Archbishop Cyprian Kizito Lwanga reshuffled the Catholic Church’s leadership at Kampala Archdiocese that saw eight priests granted leave and others recalled into priesthood.

The priests who have been sent on leave include Fr. Atanansia Musajjakaawa from Bukalango, Rev. Fr. Dr. Richard Ssajjabi who has been Kampala Archdiocese Pastoral Coordinator and Chaplain at Kibiri, Rev. Fr. David from Lubaga Seminary, Rev. Fr. Boniface Lugoloobi and Fr. Andrew Kato who was head of the Catholic Court.

Replacements have been made and two of them are former ‘rebel priests’ Father Anthony Musaala and Rev. Fr. Dr. Deo Ssonko. Father Musaala has been appointed Assistant Chaplain Rubaga Cathedral and he will do that side by side with being Chaplain at Uganda Martyrs University, Rubaga campus.

Father Musaala was suspended from the Church in 2013 when he wrote a letter to the church asking it to allow priests who fancy marrying women to do so in order to reduce on the number of them that father children secretly and deny them in fear of the public shame that comes with it.

Musaala and Ssonko would later apologize to the church in 2017 and embarked on the journey to fill their hearts with righteousness.

The priests who have been sent on leave have not been told when they will return to the church but it is believed that some of them had earlier asked to be retired for health reasons, and others were given leave because of their bias in politics, and they may be recalled after the 2021 general elections.

Dr Lwanga said that he will also go on leave in preparation of long journeys to South Africa, USA, Israel, Italy, and Germany among others.