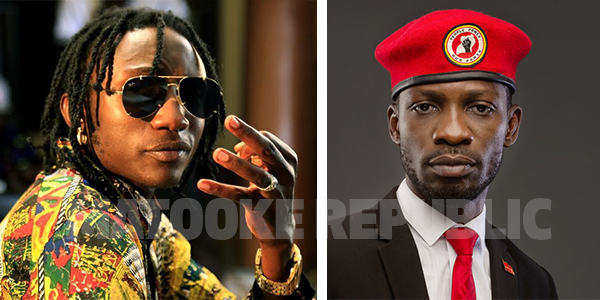 The self-proclaimed god of ragga came out of his long hiatus to spew venom and fire about everybody that he felt discontented with during a TV interview early this week.

He was quick to address the reason for his long hiatus at great lengths. Bafana said he had taken the long musical break to reflect upon his craft, brew a newer direction for his music as well as learn an instrument or two in order to better himself musically. True to his word, his music has take on new direction as he told the public that he now has a new manager but he is of the country at the moment.

As it is a year of immense political activity, Bafana was asked for his political stand of which he was quick to point out that he is all for Bobi Wine attaining victory though he believes it is an uphill task.

He says that he preferred Bobi Wine as a musical artist as opposed to him being a mainstream politician as of now, he is tortured by the government which he says hurts him. He says he does not expect much from the elections as he expects it to be the same old story.

Ziza Bafana also used the same interview to comment about his absence from the now infamous “Bebe Cool list.” Bafana lashed out at the singer saying “he has attained nothing in the 20 years of him doing music for he does not have a music school nor play any instrument.”

Ziza Bafana returned from his break with a brand new song, “Ndisa Mpola” in a quest to reclaim his throne as the ragga chief impresario, and you can watch it here:

Gov’t to carry out domestic animal census, Agriculture Ministry says it cannot effectively plan for the animals whose number is not known