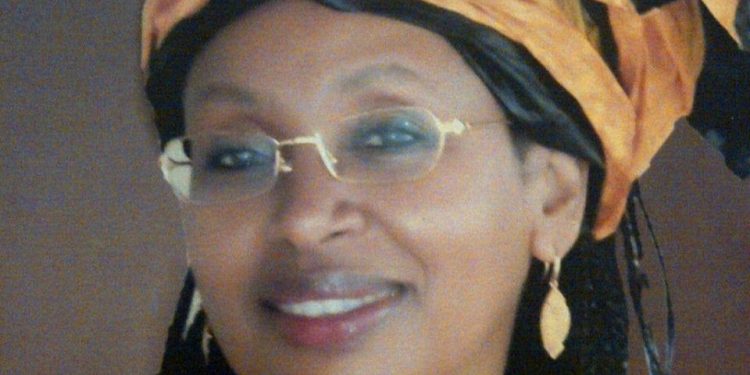 World Bank’s Executive Director for Africa Group Anne Kabagambe has been called out for racism over remarks she made on Twitter in relation to Bank of Uganda’s former Deputy Governor Louis Kasekende leaving office.

Kasekende’s contract expired last week his efforts to lobby the appointing authority President Yoweri Museveni to renew his contract were unsuccessful. Kasekende fancied himself as the next Governor as current Governor Tumusiime Mutebile’s contract runs out in January next year but he was so near, yet so far as his contract wasn’t renewed.

Bank of Uganda confirmed Kasekende’s exit in a tweet where they shared a story of his farewell to staff. World Bank’s Kabagambe replied to the tweet with a racial statement. “The Indian Sudil (Sudhir Ruparelia) lobbied him out of office,” she tweeted.

Sudhir was quick to call out her poor conduct of using a racial card; “What a racist, yet working as a director at the World Bank… Birds of the same feather,” tycoon Sudhir Ruparelia replied.

Dr. Sudhir Ruparelia, a former Vice Chairman of Crane Bank, one of the seven banks that both the Auditor General and a Parliament probe found to have been irregularly closed and taken over played a role in exposing the rot in Bank of Uganda when he won a landmark case against the central bank.

Apart from linkage to corruption and collusion in bank take overs, BoU has been embroiled in several sagas in the recent past including suspicion of printing extra cash for personal benefit, when a plane chartered to fly in newly printed currency notes arrived in the country with five extra pallets.

The sagas coupled with the bad blood between Governor Mutebile and his Deputy Kasekende that led to factions in the central bank could have played a role in President Museveni choosing not to renew Kasekende’s contract to restore public confidence in the central bank.

Kasekende’s colleague, World Bank’s Kabagambe made the racist remarks adding that Sudhir could have played a big role in ensuring his (Kasekende’s) contract was not renewed.

It has not gone down well with the general public for Kabagembe, a person holding an international office to use racial slurs on one of the eminent Ugandans. Tycoon Sudhir Ruparelia, the richest man in the country with a fortune that has been valued at $1 billion by Forbes was born in Kasese in Western Uganda 64 years ago. He is by far the biggest real estate developer in the country and his businesses spanning hospitality, education, media, real estate and agriculture employ more than 7000 Ugandans.

Tamale Mirundi weighs in on Judith Babirye’s failed marriages, says she is cursed

Tamale Mirundi weighs in on Judith Babirye’s failed marriages, says she is cursed