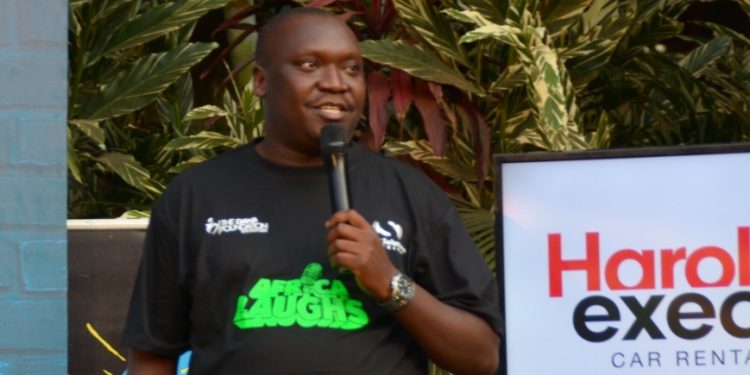 The natural, blunt and hilarious ‘Man from Ombokolo’ who draws his humour from events in society and his village Ombokolo celebrates 10 years since he traded his engineering career for stand-up comedy.

Addressing journalists at a press conference at Speke Apartments to announce his tenth anniversary show, the much sought-after comedian revealed that comedy has changed his life and helped him grow as a person.

“I’m forever grateful to my sisters who pushed me to join stand-up comedy in Uganda, they were so persistent,” Salvado said.

First held in 2013, Africa Laughs in partnership with The Singleton will this year be running its fifth lap and to celebrate the milestone, Salvado will be joined by international comedy giants like Kenny Blaq, Eric Omondi, Eddie Kadi and Alfred Kaingo in addition to our own crème de la crème such as Daniel Omara, Prince Emma, Ronnie McVex, Agnes Akite and Madrat&Chiko. East Africa’s bongo star Harmonize will be gracing the event.

Salvador’s blend of laugh-out-loud humour and attention to ridiculous details while narrating stories has earned him a widespread following across Africa and beyond, making the laugh fiesta the most-anticipated comedy show of the year.

“The Singleton believes in crafting first impressions while creating  lasting ones, something that Salvado has been able to do all through the years. He has for the last 10 years put smiles on people’s faces through his comedic genius, giving his audience around the world unforgettable memories,” said Annette Nakiyaga, Head of Luxury Portfolio at UBL.