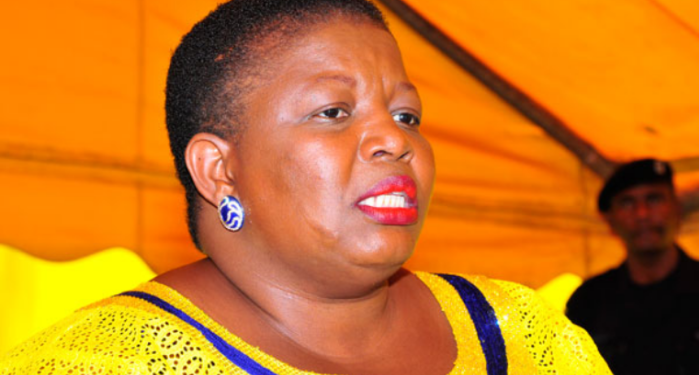 Yesterday, thousands of members of the National Resistance Movement (NRM) gathered at Namboole Stadium to take part in the Annual Delegates Conference that is aimed at celebrating the party’s achievements and draw plans on the activities of the following year.

Last week, we reported how the NRM party had planned to remit Shs200,000 for transport alone to each delegate that had been invited to attend the conference, and that was part of the Shs1 million that was to be advanced to every delegate as allowance for their attendance.

To show their dissatisfaction, they resorted to booing her when she was delivering her speech at the podium in Namboole.

In attendance were special guests like Former Vice Presidents Prof Gilbert Bukenya and Specioza Wandera, ex-Premier Amama Mbabazi and a contingent of leaders from Kenya and Tanzania.