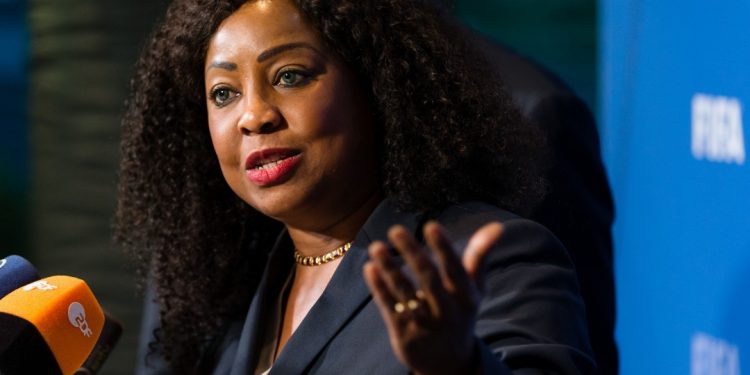 Senegal’s Fatma Samoura is not only the first female Secretary General in Federation of International Football Associations (FIFA’s) history, one of the most important positions in world football, but she is also known for her strong advocacy for women and African football.

She landed in Uganda early this morning to inspect, evaluate and commission some of the monumental projects being worked on by FUFA under the financial facilitation of the FIFA Forward Program (FFP).

Hussein also said that she will have dinner with the new Sports Minister Hamson Obua as well as have an interaction with the Speaker of Parliament Rebecca Kadaga before she departs tomorrow.

Today afternoon, she is to commission two new buildings at the FUFA headquarters in Mengo as part of the tangible benefits acquired from the 2017 visit of FUFA President Gianni Infantino.