Releasing our people is not enough; you must stop arresting them and associating with groups that destabilize our country – Kagame 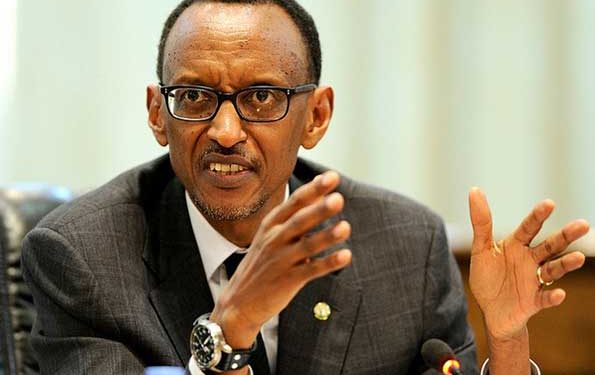 On January 8, 2020, Uganda government took a step into the direction of sorting out differences with our brothers in Rwanda by dropping charges of nine Rwandans and handing them over to the Rwandan High Commissioner for repatriation to Rwanda.

After their release, Minister for Foreign Affairs Sam Kutesa said that “[…] these people were not arbitrary arrested. It was an act of goodwill and we hope it will be reciprocated.” Well, what is coming from Kigali shows that Rwanda are not yet ready to reciprocate.

While addressing Diplomatic Corps in Kigali yesterday, President Paul Kagame explained what led to the tensions between the two neighbouring countries, and it is one to do with the way the Ugandan government is handling Rwandan citizens once they cross over to Uganda.

“We have had hundreds of Rwandans arrested in Uganda. And we have raised this matter with Ugandan authorities. We have families of hundreds of families coming and appealing to us asking ‘why don’t you ask Uganda to release our people?’ And that matter has been raised with Uganda repeatedly, several times, by different layers of our administration. I myself travelled there […] but nothing happened,” Kagame told the Diplomats.

He said that he in turn closed the Gatuna border and asked Rwandans not to travel to Uganda for their own safety, as he’ll have no control over them once they are here.

Kagame also highlighted the fact that it is not enough for them to return the favour after Uganda released nine Rwandans early this year, and that Uganda still has more to do than just that.

“So I told them, look, simply do us a favour. Just stop this thing with Rwandans because most of those arrested have no case, and if they have a case it hasn’t been put to courts for months and years. What kind of situation is this? Now, if you stop that first, and second, if you really stop associating with these groups you have been giving support to in order to destabilise our country, automatically the borders would be open. It is automatic. It is just a direct consequence, a result of the other. I said the matter is simple. Not a question of saying I do that, you do that. No, for us it is one thing” Kagame added.

However, Kagame said that intergration is important but it can only work if the neighbours treat eacher with dignity.

I thank Radio’s friends for taking care of me; life wouldn’t have been easy without their support ­– Radio’s mom

I give credit to Bebe Cool; he helped me grow as a musician – Rema Namakula

I give credit to Bebe Cool; he helped me grow as a musician – Rema Namakula