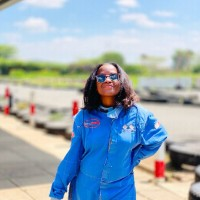 In the workplace, it is a common occurrence for interns to work towards retaining their positions at the place of internship even after school. However, Laura Nakigozi, a graduate of statistics from Makerere University was struck by a different flash of lightening as she made up her mind to venture into entrepreneurship.

“I felt unmotivated by the work environment at the Uganda Bureau of Statistics (UBOS) regarding the pay as I felt I could do much better if I ventured into my own business,” she reveals.

The farmer currently in her mid-twenties, even with a job at UBOS, always had an eye for everything agriculture and entrepreneurship and it is then that she decided to delve into pepper.

“My parents had a big piece of land, close to four acres and by my time of graduation (2016), pepper was what was commercially hot, especially for export. I then embarked on a seminar that was being conducted by pepper farmers for a month and I grew pepper on over an acre of land,” Nakigozi reveals.

Her pepper venture paid off immensely as after selling the pepper to exporters, she cashed in over Shs8 million which opened doors to her biggest passion, poultry farming.

She had spent almost her entire time at University researching poultry and used her earnings to construct her first commercial structure in Nsangi, Wakiso where she got land from her parents.

She told us that the start was not easy as she lost over 3,000 birds from which she learnt her first lesson, that with business, one cannot perfect their craft through research alone; but by doing as well.

“In agriculture, one can only learn through mistakes and that means doing in the very first place,” She said.

Even with a fail at first attempt, Nakigozi carried on. She got 1,000 croiler chicken birds with which she was more careful. She vaccinated, fed, and hired workers to take care of the birds and she got a good return on the number of eggs they laid.

However, with the birds laying good eggs, she remained with the dilemma of finding market for the produce.

The importance of social capital

Social capital played an important role in helping Nakigozi find market for her produce. She recalls having made friends with many people in Nsangi town that when it came to selling the eggs, they were more than willing to purchase.

The role of keeping records

However, with the first sales, Nakigozi said that she was overtaken by the excitement to the extent that she did not keep records.

On balancing her sales, she realized she was not making any profits, but a loss of Shs500 off each tray per week of which Shs500 in poultry is a whole lot of money. She also realized that many people had ventured in croiler birds and the returns were no longer as good due to competition.

She decided to invest in commercial birds and channelled her focus towards balancing her books.

With the new commercial birds, the produce grew immensely as she had to create new markets. She scouted a shop in Kyengera, a neighbouring town where she stationed some of the eggs the hens were laying for sale. The shop blossomed and it did financially well that she now uses the money to cater for her farm expenses such as salaries, and buying feeds among others.

Nakigozi did not stop at creating markets but went on to find more market sources for her eggs. She got tenders in two schools in her locality that she supplies with eggs one day per week for each school and it is doing impeccably well for her.

She says this boosted her savings and finances by a very huge margin.

With the markets for her chicken products expanding, she has gone on to construct more poultry houses, ventured into other forms of agriculture as well as other businesses. She has hired more workers and plans on the farm turning into a model project where fellow farmers can get to learn her craft.

Nakigozi has no regrets whatsoever after quitting her white collar job to move into poultry farming, as she told us she earns between Shs6 – 8 million per month, which is more than three times more than what she used to earn at UBOS.

Songbird Rema weighs in on life after music; farming and going back to school 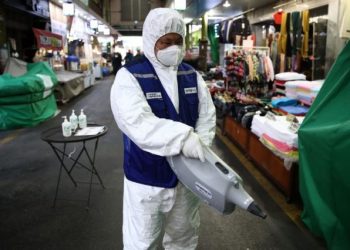