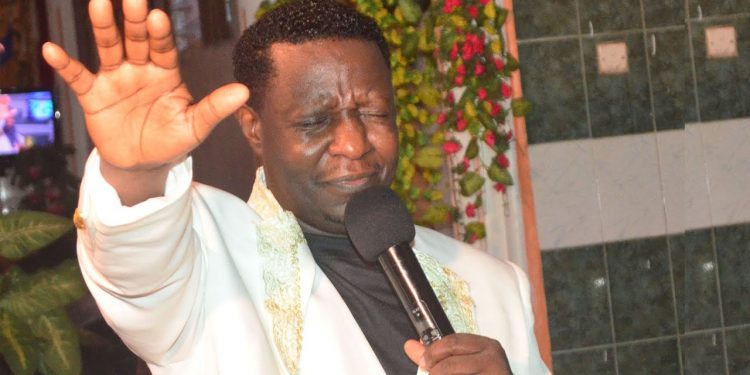 We love and honour our pastors for what they do every day, but sometimes their commentary is just outright funny. Ugandan pastor Bro. Ronnie Makabai, a Senior Pastor and General Overseer of Holy City Entebbe Church over the weekend held prayers that he claims WILL stop the further spread of Coronavirus.

While setting holy fire on the virus, Makabai got one Chinese national from the congregation before issuing his prophetic message. Makabai said the virus will not come down to Uganda and in China where 90% of the cases have been reported, he commanded it to stop.

An update about the situation in China indicates that Ugandan students that had enrolled at Wuhan University are still stranded as the government of China put a lockdown on the city.

Kanzira Thomas, a Ugandan medical student at the Institution while appearing on NBS TV via a video conference said the lockdown is getting worse since all supermarkets and pharmacies among others have been closed.

“We are almost starving and this is why we are asking for evacuation. My classmates from Morocco, Libya, Bangladesh and other countries have been evacuated. As of today morning, deaths have reached 900 people in six weeks. It is going to take about three to five more months to contain the virus,” Kanzira said.