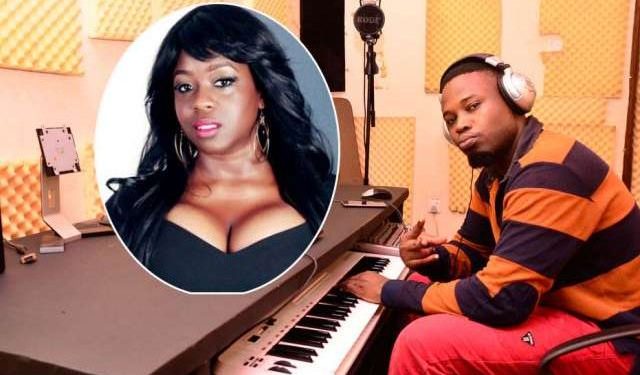 Daddy Andre has the keys to Angella Katatumba's heart now.

Last year, the news of Angella Katatumba and music producer Daddy Andre dating surprised many, but love is love and we all here for that. Just in case you are wondering how they met and fell in love, Angella Katatumba has revealed what happened behind the scenes.

Katatumba revealed that she and Andre fell in love at first sight. She said that before meeting ‘Dzaddy’ Andre, her manager had always pushed her to work on a project with the talented musician.

“I agreed and went to his studio to record a song. During that short studio session while he was writing the song, I think we liked each other and now things have gone deeper. In short we fell in love at first sight,” Katatumba smilingly said.

Katatumba revealed that they went ahead to do a collaboration, a love song titled ‘Tonelabira.’ She said the song is 100% about their relationship.

“We are going to release the song on Valentine’s Day since it is a day of love and the song tells our love story,” she said before hoping for more projects with Andre.

If fans don't come to my concert, I will go and sing for NRM to get money – Os Suna