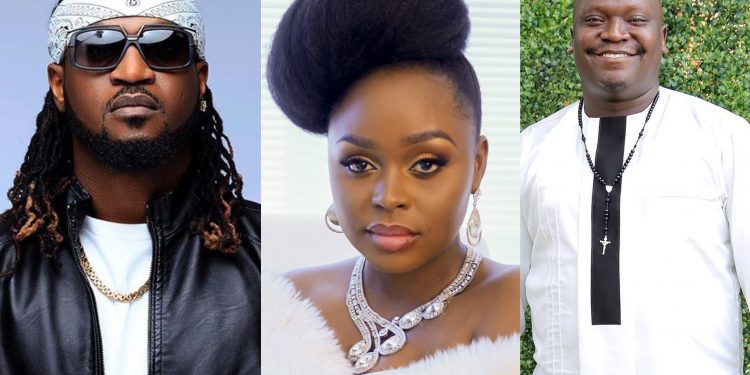 The long awaited day is here! The day when most people pretend to be in love and do all things the people who are in real love do for their partners all year round. But regardless we move.

Almost every hangout spot in Kampala is advertising a Valentine’s Day Special event, so you are truly spoilt for choice. From music shows to comedy to dinner nights and all that rosy stuff, we have picked a few places where you can take your bae and be assured of having a great time.

The funny man is giving his fans a memorable Valentine’s Day out where they can go crack their ribs or two in the fifth edition of Africa Laughs, a comedy show hosted by none other than Patrick Salvado.

The line up of this show is mouthwatering, as the ‘Man from Ombokolo’ has assembled fellow comedians from around the continent like Kenny Blaq, Eric Omondi, Eddie Kadi and Alfred Kaingo in addition to our own crème de la crème such as Daniel Omara, Prince Emma, Ronnie McVex, Agnes Akite and Madrat & Chiko. Konde boy Harmonize will be performing too.

Holding the first concert in nearly two years, Rema has promised her fans a concert full of nothing but love. The sweet-voiced singer has all her love songs lined up in a show that is organized by KT Events.

If you or your bae has any kind of sickness, get them a ticket and go to Rema’s concert because not only her music is quite healing, but there is going to be a qualified doctor. No, we are not kidding, Dr Hamzah Sebunya is going to be there.

We do not advise you to ‘go live’ today but this is the only event you can attend for a 100% live experience. Janzi Band are known to play the beautiful live music at their shows and tonight’s is no different, although it is going to be special for the lovers in the house.

Popular live performers like Sandra Suubi and Kenneth Mugabi will be performing as well.

Valentine’s Day is not all about sweet RNB and Pop music! Reggae music has for ages preached to us nothing but to love one another. The Ciroc Pop Night tonight at Guvnor will be graced by the Black Roots Unlimited band led by the legendary Tshaka Mayanja.

Put on your red, yellow, and green outfit and take your lover to the Industrial-area based nightspot for a night of great reggae music.

The former P-Square star jetted into the country as early as Wednesday and has had a blast ever since he touched down. He has promised to put up a crowd-moving performance later today at Lugogo Cricket Oval.

Rudeboy will have Ugandan musicians support him on stage like Weasel, Bebe Cool, John Blaq, and Jose Chameleone among others. This will be accompanied with comedy from Comedy Store’s Alex Muhangi. Talk about music and laughter in one place.

PS: These events are not only for those in a relationship, singles are also invited because who knows, you might accidentally fall into someone’s relationship.

When the locusts become yellow, they don’t eat much – Minister Rwamirama explains why there are no cases of damaged vegetation

When the locusts become yellow, they don't eat much – Minister Rwamirama explains why there are no cases of damaged vegetation