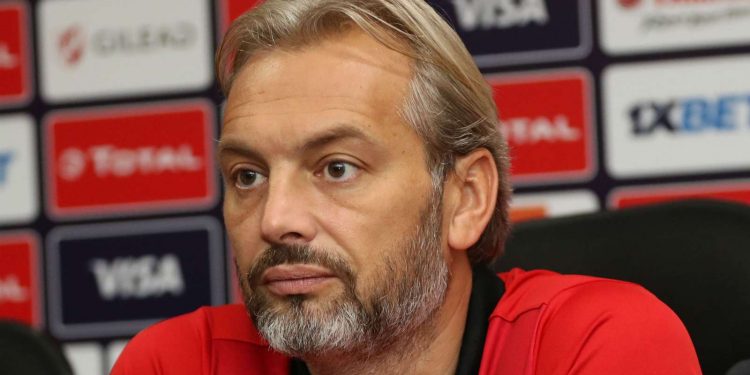 Former Cranes Coach Sebastien Desabre has been sacked from Wydada Casablanca, less than a month after his appointment.

On January 21 this year, Desabre penned a six-month renewable contract with Wydad after leaving Pyramids FC in Egypt where he was in charge for five months. He replaced Serbian tactician Zoran Manojlovic.

His sack comes barely a month in charge. This means the tactician has been showed the exit door twice in a space of just three months. He becomes the fifth coach to be sacked by the Moroccan side this season alone.

On Friday 15, 2020, Desabre lost his last game in charge of the North African club, settling for a 2-1 loss against six-placed Difaa El Jadida.

Despite the loss, Wydad Casablanca maintained their top spot in the Morocco top flight league on 33 points, two above second-placed Berkane.