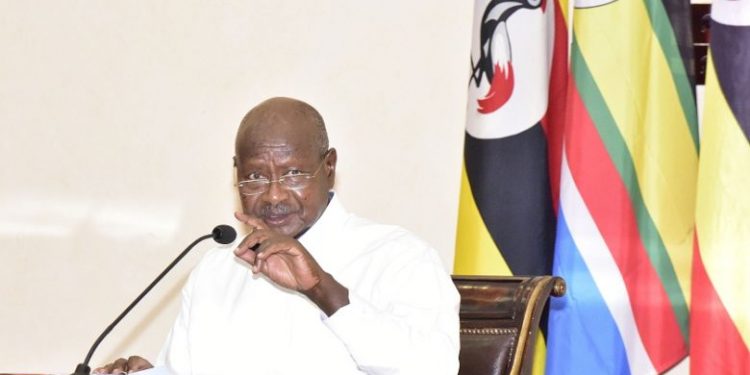 Government of Uganda has always come up with units to fight corruption but they have always been reportedly frustrated by the so-called ‘Big people.’

While presiding over the swearing-in ceremony of Hon. Jackson Kafuuzi as Deputy Attorney General at State House Entebbe last week, President Yoweri Museveni once again expressed his commitment in trying to fight the ever escalating corruption in government institutions.

Museveni said he has come to learn that some government officials no longer think of working to go to heaven. He said that is the reason they now steal shamelessly.

“We have officials who are determined to go to hell because of greed. Why steal billions of the money that could have benefited millions of Ugandans,” Museveni said.

Nevertheless, Museveni claimed that he will only abandon the battle after defeating the ‘sin.’

“They can go to hell no problem but we cannot allow them ruin our country because of their greed. We have to unite and wipe them out,” he said.

Last year, Museveni instituted the State House Anti-Corruption Unit led by Col Edith Nakalema but it has been criticised of only going for the underdogs, neglecting the big wigs that steal bigger sums of money.