Every country has lost; there’s no winner when a country closes its border – Foreign Affairs Minister Sam Kutesa says as 13 Rwandans are released 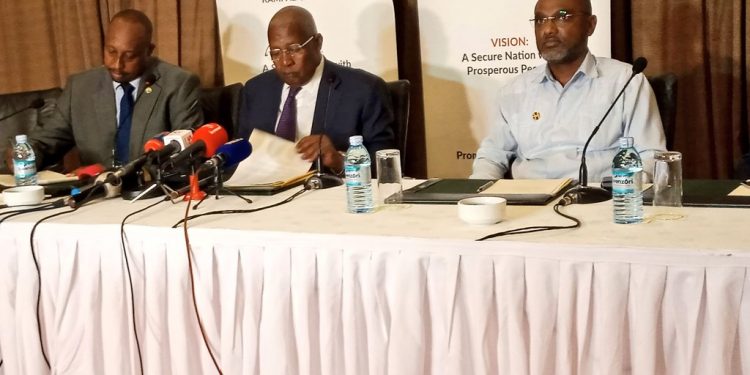 As the date of the second Quadripartite Summit edges closer, the Uganda government has released 13 Rwandan nationals who have been under detention and awaiting trial at the General Court Martial.

The government has decided to drop all charges against the 13 Rwandans in an effort to fullfil the requests of Rwanda as per the Memorandum of Understanding that was signed in August last year in Luanda, Angola, and the subsequent meetings that have followed ever since.

This comes as only days are left to the second Quadripartite Summit scheduled for Friday, February 21, 2020 at Katuna border that will have Presidents Kaguta Museveni (Uganda), Paul Kagame (Rwanda), João Lourenço (Angola), and Félix Tshisekedi (DRC) to finalise the Extradition Treaty.

At the hand over press conference held this afternoon at Serena Hotel in Kampala, Minister for Foreign Affairs Sam Kutesa said that this is done in a move to normalise relations and cooperation between the two countries that is aimed into having Rwanda open the Katuna border for movement of goods and people.

When asked about the impact of the border closure, Kutesa said that there has definitely been an economic loss for the two countries, saying that, “There is no winner when a country closes its border.”

Rwanda decided to close the Katuna border with Uganda in February 2019, and it has drastically affected trade between the two countries.