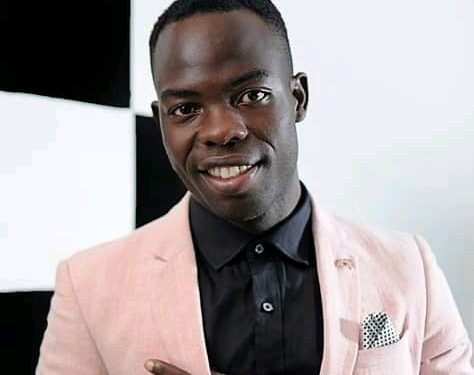 Soft-spoken singer Chris Evans seems to be still upset by the fact that he almost got bounced off stage by his ‘close friend’ Rema Namakula during his Valentine’s Day performance at Hotel Africana.

Evans experienced the unattractive side of Rema when he mentioned Kenzo in their ‘Linda’ duet. Speaking during an interview yesterday, Evans confessed how he is still ‘feeling small’ following the incident.

“I know such incidents happen but it has never happened to me in front of my fans. Me and Rema always joke but his action of pulling me off the stage was uncalled for,” Evans said.

He explained that Rema started the banter when she was introducing him on stage.

“Rema started the mocking by introducing me on stage as a man who was hammered 10-times. With no negative intentions I mentioned Kenzo just to excite our fans. The fact is we came up with that song because of the situation Rema and Kenzo were facing during those days,” he said.

Evans then decided to give Rema an ultimatum of five days to apologise for embarrassing him on stage or else their relationship will not be the same again.

Vipers vs KCCA: Who will boost his title hopes?

Vipers vs KCCA: Who will boost his title hopes?