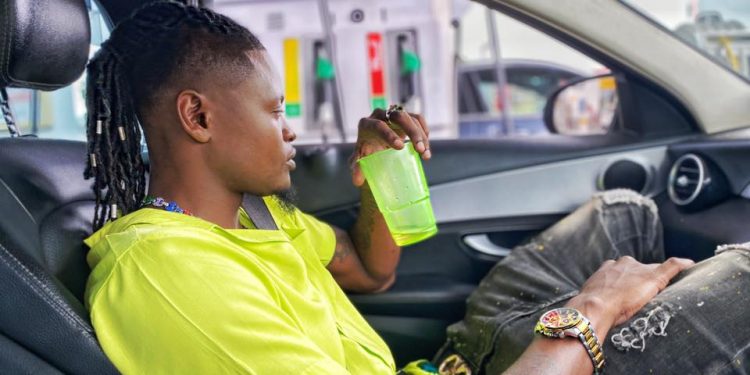 As we reported last night, singer Pius Mayanja alias Pallaso went through a near death experience last night as he was attacked by xenophobic South Africans that beat him up and nearly cut his body in pieces.

Ugandans reacted to the sad news sending prayers to the singer and asking him to come back to Uganda for his safety. We woke up to the good news of him being admitted to hospital receiving treatment.

In a live Facebook video shared on his official page, Pallaso, who has his entire right hand wrapped in a bandage to stop bleeding from wounds inflicted on him by the attackers, has narrated everything he went through last night.

Pallaso said that although he managed to outrun his attackers and hid behind the gate from where he recorded the video last night, he was at first severely beaten and South African Police that saw him pleading for help just decided to drive off as if they had seen nothing.

“South African Police could not come to my rescue, I waved to them for help with my bloody hands but they just drove off,” Pallaso narrated.

Although that is the case, he has insisted that he will not cancel his scheduled shows in South Africa, and that he will go on and do all the business that took him there.

“I am not cancelling my South African shows, I will go on and perform. All those who attacked me are cowards,” Pallaso said in the video before preaching peace and unity for Africa.

It should be noted that Pallaso together with comedy duo Madrat & Chico were contracted by a South African-based Ugandan Promoter Juma Nsetudde for a host of shows from Valentine’s Day.