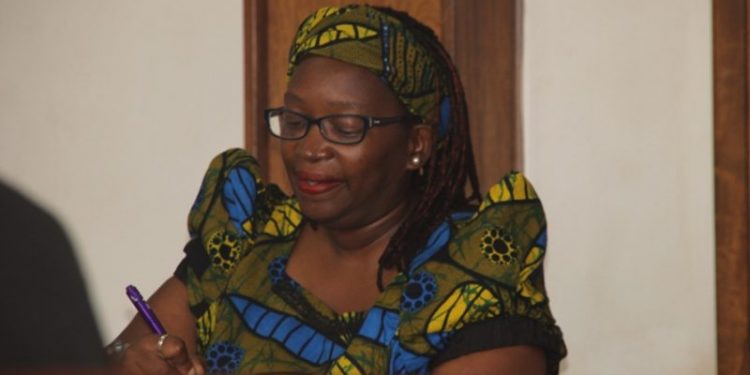 The High Court in Kampala has been a scene of chaos today as political activist and former Makerere University researcher Dr Stella Nyanzi was set free.

Nyanzi and her supporters went into jubilation after Judge Henry Peter Adonyo gave his ruling citing a lack of jurisdiction of the court that sentenced her.

In twisting turn of events, Nyanzi’s celebrations couldn’t go for long as she was grabbed and forcibly put into a Prisons van registration number UG 0172U and taken back to prison.

What ensued was chaos as Police fired bullets to disperse the crowd that was filled with Nyanzi’s supporters, activists, and journalists.

Dr Nyanzi’s run-ins with the law started when Police summoned her for cyber harassment towards the President and his mother, culminating into being sentenced to 18 months in prison last year in August.