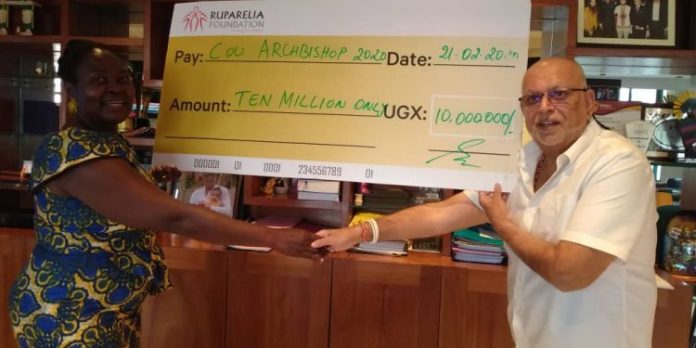 With only nine days to the event, the committee has received a financial boost as Ugandan business magnate, Sudhir Ruparelia has contributed Shs10 million. Sudhir handed over the cheque to Nankabirwa at Crane Chambers on Friday afternoon.

Archbishop-elect Samuel Kazimba will be installed as the ninth Anglican Archbishop on March 1, 2020 at St Paul’s Cathedral, Namirembe and President Yoweri Museveni is expected to attend the event whereas Archbishop Foley Thomas Beach from the Anglican Church in North America will be the guest preacher.

Kazimba, the former bishop of Mityana Diocese is set to replace Rt. Rev. Archbishop Stanley Ntagali, whose tenure ends on March 1 when he clocks 65 years.