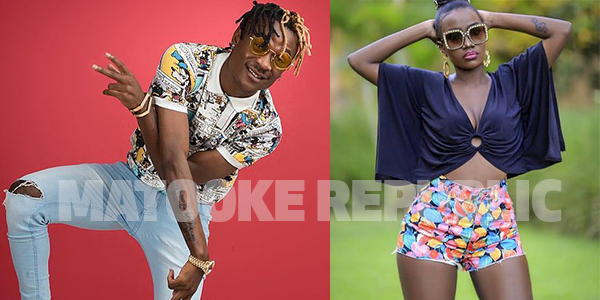 Rapper Fik Fameica made a cameo appearance on Calvin the Entertainer’s Horizon Vibe show which prompted the DJ to play his song Muko which has Lydia Jazmine featured as a vixen. A female fan immediately asked Fik whether he was involved in any way with the songstress.

Fik quickly laughed it off and said that he and Jazmine were just friends and when the time is right, he promised to unveil his girlfriend officially to his fans and the public.

During the show, the rapper addressed a couple of issues such as his recent international collaboration streak as well as his upcoming concert. When asked about fears of his concert turning out to be a flop just like his maiden one, he said that the initial concert was as a result of poor management and organization and he believes that with his new team, success is rest assured.

He said he is focusing on international collaborations because of the vision he has for himself and his brand.

Show host Calvin the Entertainer also used the same space to discuss the topic of retirement, as he revealed that he has received a lot of questions from his fans asking him when he would hang up his mic.

“My son is still 2. I need him to grow up and be able to wear some Abryanz. Where will the money come from if I retire?” asked the veteran presenter, assuring his audience that he was still around for a very long time.

It should be noted that the celebrated TV presenter will be marking more than twelve years on television this year.