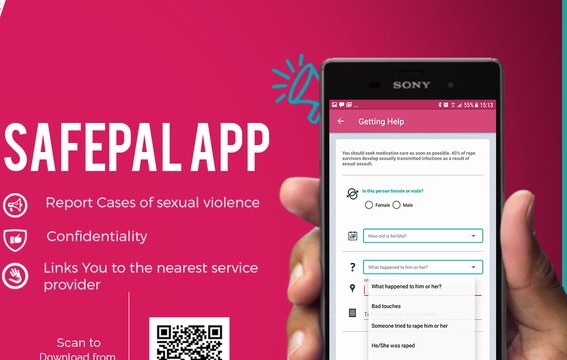 At the beginning of this year, Ugandan social media was awash with hundreds of women (and a few men) who alleged that they were sexually abused by their peers, some abuses going as extreme as rape.

Counsellors, civil society organisations and security authorities weighed in to give tips on how to stay safe from sexual violence, and provided avenues through which victims can report such cases and be accorded necessary help.

In case you do not want to show face or you are in a tight spot, you can use your Smartphone to report any cases, using the SafePal app.

Developed by a team of young Ugandan web and mobile developers led by Gitta Brian with the support of United Nations Population Fund (UNFPA) in 2015, the app was launched in 2017 and has functionalities that seamlessly and promptly sends your report to service providers that are required to respond swiftly to reports.

SafePal promises to keep your information confidential. On the other end of the app, service providers are provided with a dashboard through which they can view victims’ reports and accord support.

The service providers include Gender Based safe shelters, Police and district local governments, health centres and civil society organisations among others.

Instead of filling your phones with photo and video editing apps, why do not you install SafePal? You never know when you will need it.