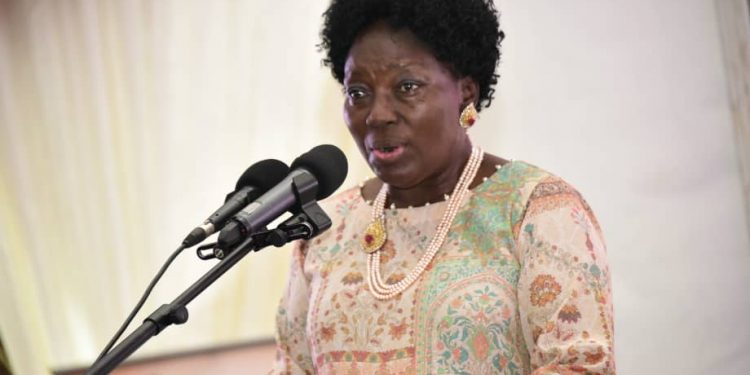 The Speaker of Parliament, Rebecca Kadaga has directed Finance Minister Matia Kasaija to ask President Yoweri Museveni to appoint a Deputy Governor at Bank of Uganda (BoU). Kadaga said Emmanuel Tumusiime Mutebile, the BoU Governor should not get overweighed by all the responsibilities.

The Speaker’s statement was a response to government statement that was read by State Minister in charge of Microfinance, Haruna Kasolo on the floor of Parliament.

Minister Kasolo said that all is well at the Central Bank despite the vacant position of the Deputy Governor.

“I would want to assure you and the country that the Governor Bank of Uganda, together with the board and management are fully in charge of the bank’s affairs. There is no reason for concern about any lapse with respect to its policies and strategic direction,” Kasolo said.

However, Kadaga insisted and told Minister Kasolo to instead tell the appointing authority to fast-track the appointment of Deputy Governor.

On February 13, the Speaker summoned Minister Kasaijja to explain why government had not appointed the Deputy Governor to replace Dr Louis Kasekende.

Kasekende’s contract expired on January 13, 2020, and he unceremoniously handed over office to the governor after President Yoweri Museveni had declined to renew his contract.