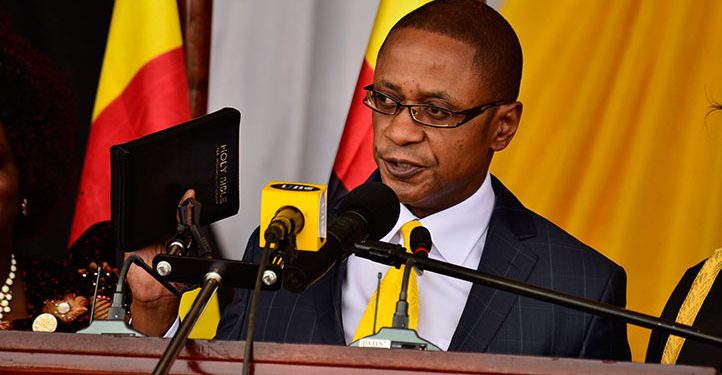 Uganda National Examinations Board (UNEB) is today set to release the 2019 Uganda Advanced Certificate of Education (UACE) Examination results and among the vaccists who are patiently waiting for their results is Busiro South Member of Parliament Peter Sematimba.

While speaking during an interview, Sematimba first revealed how he has been spending his Senior Six vacation. Just like other students, Sematimba said he took time off and enjoyed himself.

“I have spent my S.6 vacation touring China, Dubai and my village Los Angeles,” Sematimba said.

The legislator said he is excitedly waiting for his results though he did not disclose whether he will publically display them.

“I am eagerly waiting for the release of the results,” he said.

Last year, the MP sat for UACE from the outskirts of the city at Kakoola High School in Ziroobwe sub-county, Luweero district. According to Sematimba, he went back to school because people, especially political opponents find it hard to understand his American academic documents. He spent a lot of money in court trying to prove that his documents were equivalent to a Ugandan A’ Level certificate.

“In order to avoid another court battle, I found it necessary to go back to school,” Sematimba said.
Sematimba lost his Parliamentary seat in 2016 after Democratic Party candidate Stephen Sekigozi dragged him to court over academic papers. However, Sematimba, through his lawyers, appealed the ruling and in 2017, the Court of Appeal upheld his election, saying there was nothing wrong with his academic papers.