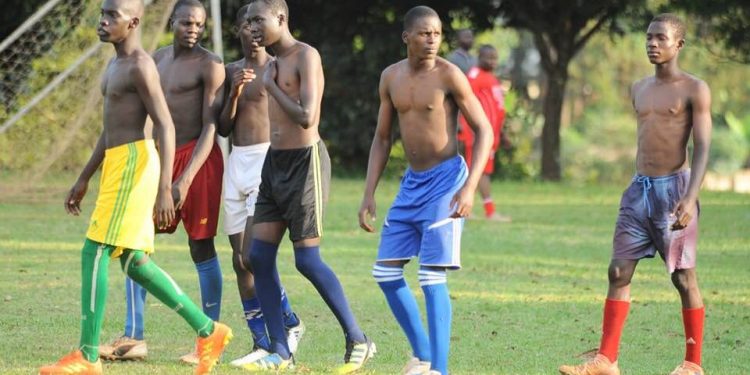 The referee said he could not officiate a match with naked players.

Remember old village days when teams had to conduct a quick draw to determine which side removes shirts for easy identification of opponents, almost a similar scenario happened in the FUFA Junior League game between Sports Club Villa U17 and Tooro United U17 at Kabojja grounds over the weekend on Sunday.

The game was abandoned at halftime when SC Villa was three goals up thanks Paul Busolo’s brace and Frank Twesigye’s strike.

Tooro United junior team showed up with no jerseys but at kick off, they managed to borrow kits from Mengo medics’ team who had a match scheduled later against a Kibuli team.

At halftime, the medics came for their kits so that they could also warm up for their game. The Tooro team pleaded to play the second half shirtless but the referee who was in charge of the game turned it down saying he could not officiate a game that had naked opponents, and decided to call off the game.

End of the road? Tanasha Donna reportedly dumps Diamond Platnumz, deletes all his photos from her Instagram page