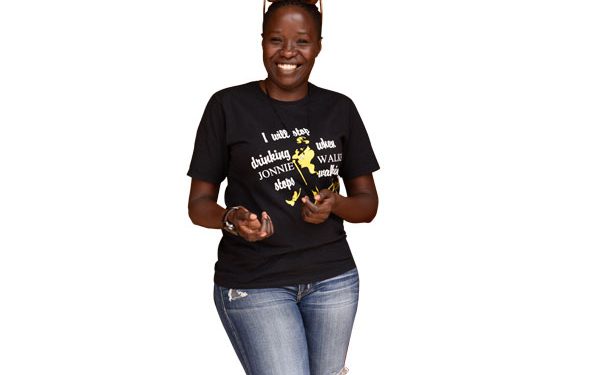 Friday night at National Theatre is set to be one rib-tickling night hosted by the crème de la crème of female comediennes, actresses in the comedy industry at a show dubbed the “Arise Women Comedy Jam.”

Renowned stand-up comedienne, Agnes Akite will once again treat comedy enthusiasts to a hilarious comedy fest at Season Two of her comedy jam, one that celebrates women in all their glory.

Akite will host an interesting line-up of the best women in comedy like Anne Kansiime, Fun Factory Ladies, Richmouth, and Titin Gladys amongst many others who have constantly delivered hilarious jokes and skits for their comedy enthusiasts.

‘Arise Woman Comedy Jam’ is a show designed to celebrate and empower Uganda’s women. The show will depict the effortless grace and strength that women of today are challenged with. Their resilience as well as challenges will be shared through many light-humored comical skits and stories addressing issues that women face daily.

“Tusker Malt has been with Akite from the inception of Arise Women Comedy Jam and it has been an exhilarating experience. We applaud Akite for celebrating women and in doing so, pioneering an achievement through her show,” said Cathy Twesigye, UBL Premium Beers Brand Manager

With different comedy skits, jokes, witty stories from the finest, the show promises a special treat for comedy enthusiasts this Friday.

Tumukunde and his entire family have accumulated enough wealth, let him not bother Ugandans by standing for Presidency – Al-hajji Abdul Nadduli

Tumukunde and his entire family have accumulated enough wealth, let him not bother Ugandans by standing for Presidency – Al-hajji Abdul Nadduli