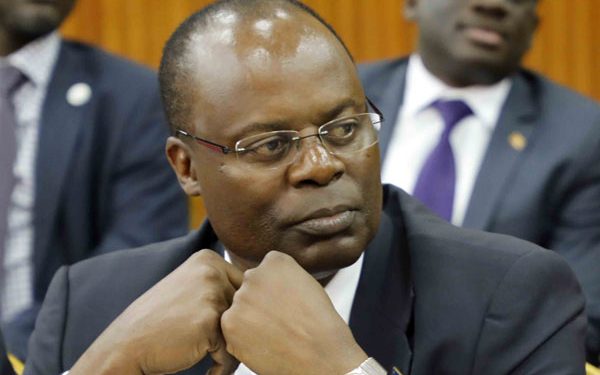 It is not just an expiry of a contract for former Bank of Uganda Deputy Governor Louis Kasekende as he will be investigated for corruption if a whistle blower who has petitioned the IGG’s office has way.

In a letter received by the Inspector General of Government on Monday March 2, the whistle blower claims Kasekende directly benefited from the controversial sale of Crane Bank in January 2017.

“Mr Kasekende was involved in the selling of Crane Bank. He chaired all meetings but there were no meeting minutes when they were dissolving Crane Bank. Juma Kisami former Managing Direcrot DFCU Bank wired money to Kasekende’s account in Zambia,” the whistle blower whose identity is kept anonymous as is the norm to build confidence among people with information against public officials wrote.

In the letter, he said that he had evidence to back his claims.

The whistle blower also says much of Kasekende’s wealth was not declared in accordance with the Leadership Code Act 2002, which stipulates that all public servants and leaders are required to declare their wealth to the IGG.

The whistle blower insists that Kasekende has more property in the names of his driver Moses Musiiitwa.

“Mr Kasekende and the wife Judith Kasekende own other properties in the United Kingdom which IGG needs to investigate. Property evidence is attached. Many witnesses are ready to give evidence to that effect so long as they are protected by your office,” the whistle blower added.

“I will be grateful if your office starts investigations and stops the new appointment of Kasekende in Bank of Uganda or any other post,” he concluded.

Don’t eat locusts that have been sprayed with pesticides, they are deadly – Minister Bright Rwamirama cautions