Cabinet members accused of tactfully delaying approval of marijuana growing, as they try to register own firms 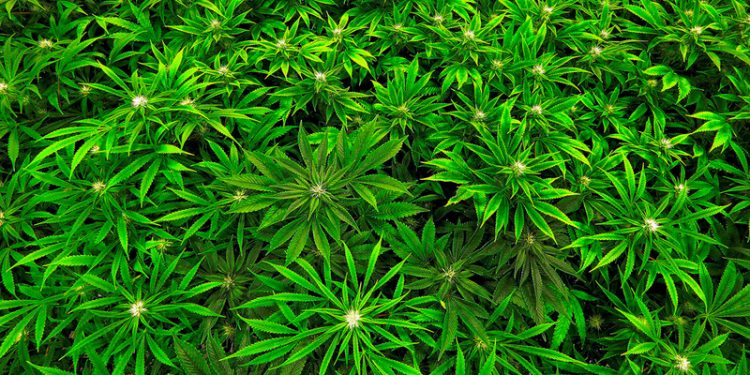 A few months ago, the Government of Uganda announced that it was in its final stages of legalizing growing of marijuana strictly for medical purposes.

Health State Minister for General Duties, Sarah Opendi, clearly stated that cabinet had discussed the matter extensively and had even set up a subcommittee that is chaired by Prime Minister Dr. Ruhakana Rugunda.

“A committee chaired by the Prime Minister Hon. Dr Ruhankana Rugunda is currently processing the proposal. It will critically look at issues of enforcement and regulations. We are hopeful that we should be able to receive a report from this cabinet subcommittee early next year, and thereafter we should be able to make a decision,” She said.

However, with the year already in the end of its first quarter, the minister is likely to either choke on her words, or will soon come up with a totally different explanation.

According to very reliable sources, cabinet members are tactfully delaying to pass the guidelines as they try to find their way into what promises to be a lucrative sector.

When the announcement to legalise growing of marijuana in Uganda, was made around April last year, only fourteen (14) companies applied to acquire the licence.

However, by July last year, the Ministry of Health indicated that the number had shot up by over 300%.

The number of companies that had applied for the licence to grow and export marijuana for medical purposes by July last year stood at fifty (50) firms.

And by the end of 2019, sources revealed that the number of interested companies had risen slightly over one hundred (100)!

With the number of companies shooting up every other day, cabinet remains tighlipped about passing guidelines and issuing licences to the several companies that have already expressed interest in growing cannabis.

The Narcotic Drugs and Psychotropic Substances Act 2015, allows the cultivation, production and exportation of medical marijuana and mandates the line minister to issue written consent for medical marijuana.

However, according to reliable sources, after doing some research and finding out the business boom that the cannabis growing business is, some cabinet members are rumoured to have developed abrupt interest in the business.

Our sources told us that some cabinet members have reached out to different investors who are already in the cannabis growing business in other coiuntries, inviting them to come and partner with them in Uganda.

Others, according to sources, reached out to some of the companies that expressed interest and are demanding for humongous sums of money or shares in the business, in order to help them secure licences.

“Some Investors have raised concerns over cabinet members trying to arm-twist them into giving them shares, ‘if they want to get licences,” a source told us.

Meanwhile, almost all the investors we spoke to, most who preferred anonymity, continue to question why government has so far only issued licences to two companies.

Industrial Hemp (U) Ltd, a private company working with links to an Israeli-based cannabis firm, was given the license in 2016 and is growing marijuana in Kasese.

Another company- Pharma Limited, was also controversially issued a license to grow the medicinal crop a few months ago.

“Gov’t should come out and explain why they continue to “frustrate” us through “delaying tactics,” one of the investors queried.

A few months back, in what seemed like a bold step towards licencing companies interested in growing cannabis in Uganda, Ministry of Health came up with a couple of stringent guidelines for the interested parties.

The onus now lies on cabinet to sit, discuss and pass the above guidelines, before they are presented to parliament.

Institutions that will be in charge of issuing licenses to marijuana growing companies include; Ministry of Health, Agriculture, Justice, Internal Affairs, National Drug Authority (NDA) and Uganda Investment Authority (UIA).

Cabinet members accused of tactfully delaying approval of marijuana growing, as they try to register own firms