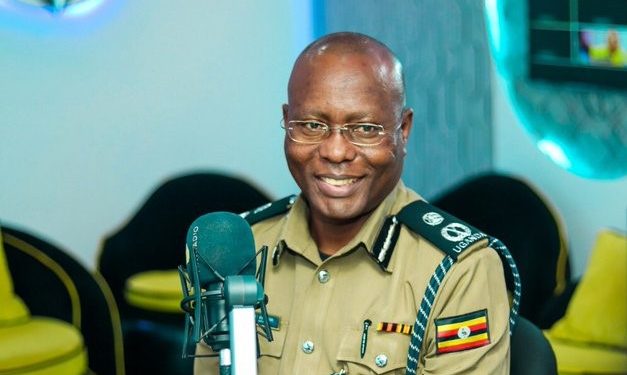 Assistant Inspector General of Police (AIGP), Chief Political Commissar, Asan Kasingye is arguably the most loved Police officer not only on social media but also in person. The humble high-ranking officer is mainly loved because of his humorous character even when handling serious issues.

For this, a one Amos Barigye has challenged Kasingye to contest for any political office of his choice. Barigye believes Kasingye is being ‘underutilised’ by just serving as an officer.

“I have always admired you Kasingye. How I wish you could leave Police and seek a reasonable political office, there you could serve Ugandans much better,” reads Barigye’s tweet.

As usual, Kasingye humorously replied expressing his willingness to take on the challenge though on very strict conditions.

“I am ready to be a politician on the following grounds. The whole constituency must request me to stand and append their signatures that they will vote me without fail. They must assure me that they will donate money for my campaign. Nobody else will stand against me,” Kasingye said in a tweet.

You might be wondering exactly which political office can Kasingye contest for, so please allow us to guess: Since the officer comes from Sheema, he can easily contest in any Sheema District Parliamentary Constituencies.

Eight more Chinese nationals who had escaped from quarantine arrested in Zombo enroute to D.R Congo

Eight more Chinese nationals who had escaped from quarantine arrested in Zombo enroute to D.R Congo