Gen Muhoozi: Uganda is the greatest country in Africa in all things, nobody can compare 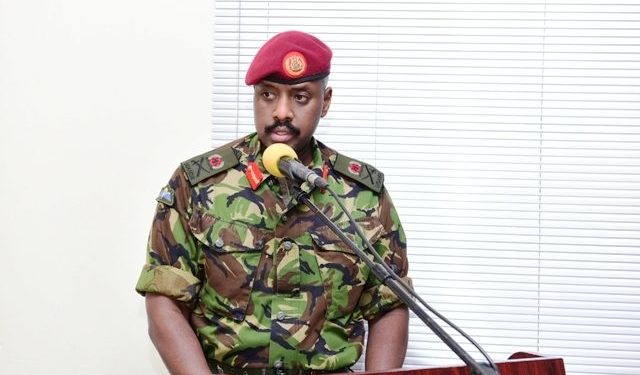 The Presidential Advisor on Special Operations and First Son Lt. Gen Muhoozi Kainerugaba is known to be vocal about matters to do with Uganda, coming out to defend the country on several occasions about numerous issues.

Yesterday, Muhoozi replied to a story on the New Vision where he showed his displeasure in the way the paper praised another State (Rwanda) for the way they are dealing with the coronavirus pandemic, wondering who is in charge of the media house.

“But who is in charge of this New Vision? Is this a government asset or what? How dare they praise another State before our great Ugandan State? Uganda is the greatest country in Africa, period! In all things. Nobody else can compare,” Muhoozi’s reply reads.

His reply fetched him backlash as some people told him to let the media do its work and not influence or dictate what should or should not be reported.

In another tweet today, the General has come out to reveal how some of his close friends were angered by his reply, and he has duly apologized, but asked them to not provoke patriotic Ugandans.

“Today, a lot of my close friends in the media have been angry with me for yesterday’s tweet. First of all, I didn’t mean it as an attack on. If they misunderstood me, I’m sorry. But please do not provoke Patriotic Ugandans. Uganda is always number one!” Muhoozi tweeted.