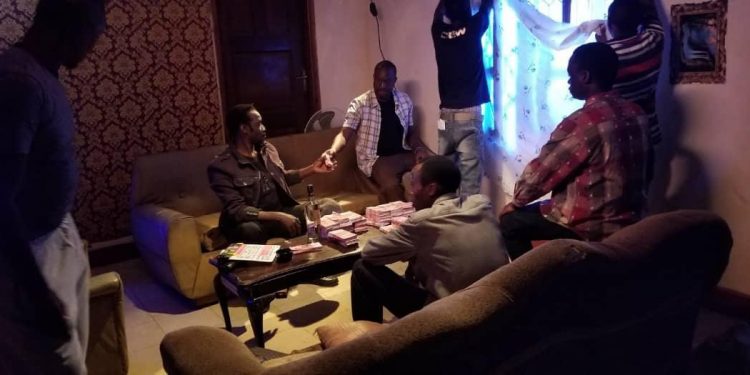 The Industrial area-based film production house has been known for producing TV commercials and supporting foreign film projects. This is their first shot on film and they have started with a short film.

To be released on the Swangz Avenue YouTube page this Sunday April 12, the timing couldn’t be better as a lot of people are home and on their devices.

The movie stars Masaba Rogers, River Dan Ruganju, Yusuf Kaija Boxer and Sebo Lule Raymond. Shot in Kampala, the movie is about a gang of four thieves who have diverging ideas on how to share the spoils.

“We have been telling stories through music and TV commercials for over 10 years, and now we want to bring those stories to the cinema. This is one step in that direction,” Benon Mugumbya when asked what inspired Swangz into movies.

Rolex will stream free of charge on the Swangz Avenue social media pages.