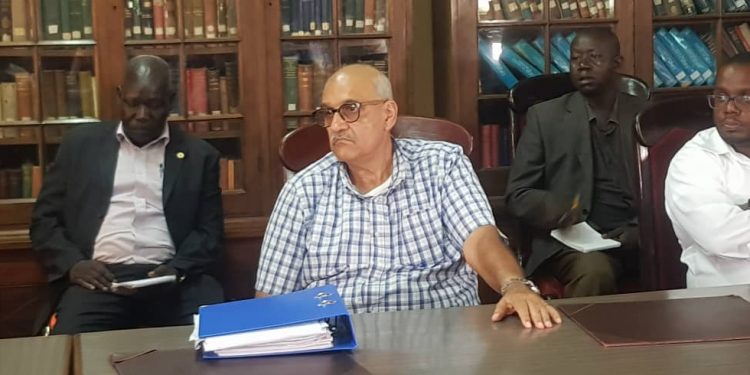 On Thursday April 9, 2020, the State House Anti-Corruption Unit led by Col. Edith Nakalema arrested businessman Abid Alam of Alam Group of Companies on allegations of aggravated torture, gang-rape and malicious damage to property among others.

It is alleged that Alam sent attackers to the farm of one Arthur Mugyenyi, the Deputy Director of Internal Security Organization (ISO) in Kassanda district and they cut down three acres of banana plantation, gang-raped a woman in front of her children, tortured workers and stole 200 cows and 50 goats.

On the same day, Police arrested three other people that they suspect to be key players in the heinous crimes, and these are still in Police custody as investigations in the matter are going on.

Yesterday, the State House Anti-Corruption Unit working with the Directorate of Criminal Investigations (CID) found out that some security officers had colluded with Alam to mismanage his case files to help him defeat justice, something that violates their professional conduct.

Col Nakalema then entered consultations with the Inspector General of Police Martin Okoth Ochola who directed for the arrest of these officers.

All this stems from a land row in Bukoba Village, in Kassanda District, which Abid Alam claims is his, and has already set up a sugar plantation on part of it. The land spans an area of 19 square kilometers with over 1000 sitting tenants.

UGANDANS: Let’s be our brother/sister’s keeper