“We reject differential treatment, we have zero tolerance for discrimination” – China refutes claims of mistreating Africans 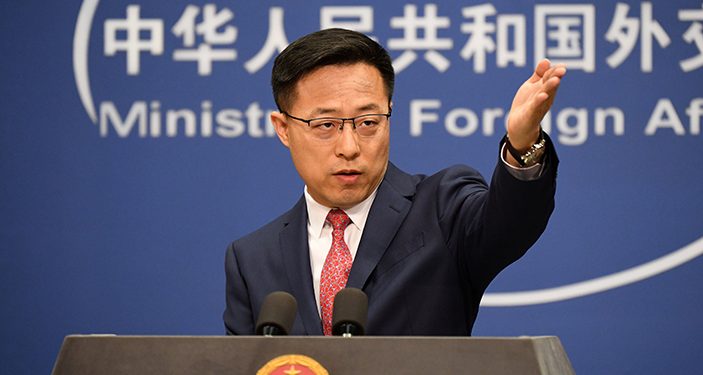 Last week, we reported how some Chinese landlords had kicked Africans out of their hotels and rented apartments accusing them of being ‘coronavirus carriers’, and Chinese authorities going had to force them into mandatory quarantine even after testing negative for the virus.

In the videos shared with Matooke Republic, Ugandans and other Africans were seen roaming the streets in China with no idea of where to go, and others sleeping on the streets.

These actions have attracted tremendous international backlash, with China being labelled racist. This has prompted the Chinese government to come out with a statement that refutes claims of racial discrimination against Africans, even when the videos show otherwise.

According to Zhao Lijian, the Spokesperson of Chinese Foreign Ministry, “China and Africa are good friends, partners and brothers. Our friendship is forged on the basis of joint efforts to seek national independence, liberation, economic development and better livelihood in the past decades. Such time-tested friendship is a treasure for both Chinese and African people.”

This is in response to reports of Chinese authorities in Guangdong employing discriminatory methods in their enforcing of coronavirus preventive measures.

Lijian said that the Chinese government has been attaching great importance to the life and health of foreign nationals in China all through the breakout of the pandemic and that all foreigners are treated equally.

“We reject differential treatment, and we have zero tolerance for discrimination. Since the outbreak, the authorities in Guangdong attach high importance to the treatment of foreign patients, including African nationals. Specific plans and proper arrangements are made to protect their life and health to the best of our ability, thanks to which we were able to save the lives of some African patients in severe or critical conditions,” Lijian said in a statement.

We hope the Chinese authorities mean what they say because at this point where the world is struggling with the coronavirus pandemic, we cannot be fighting to breathe and racism at the same time. Let us pick a struggle.

Kabuura basks in the glory of fatherhood, says “these have been the best days of my life”

Kabuura basks in the glory of fatherhood, says “these have been the best days of my life”

“We reject differential treatment, we have zero tolerance for discrimination” – China refutes claims of mistreating Africans