Bobi Wine: The arrest of Hon Zaake was not only illegal, but another act of the Museveni regime targeting political opponents 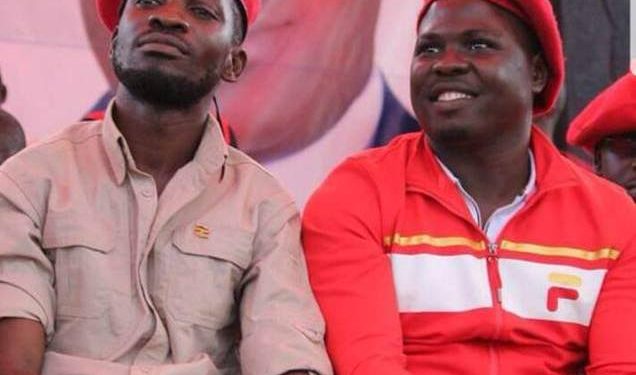 Last month, President Yoweri Museveni directed that all donations and food distribution must be handled by the National Taskforce on COVID-19 that is headed by Hon Mary Karoro Okurut, running under the Office of the Prime Minister (OPM), and that anyone that goes on to distribute food individually will be arrested and charged for murder.

Mityana Member of Parliament Hon. Francis Zaake fell victim yesterday for going against the President’s directives as he was arrested by Police and taken to Kireka Special Investigations Division for detention.

Fellow legislator, People Power Movement leader Robert Kyagulanyi also known as Bobi Wine has come to condemn the actions of the Police, saying that Zaake decided to distribute food because he had been overwhelmed by calls from his constituents who have nothing to eat because the National Taskforce has only distributed food to a few people in selected places.

“Even a blind person can see that the Museveni regime decided to make a few food relief activities in Kampala and Wakiso because they feel very threatened by the people in those areas. People are starving countrywide,” Bobi Wine said.

He added that some MPs and leaders from the ruling National Resistance Movement (NRM) have been left by authorities to donate food while being surrounded by a crowd of people centrally to the social distancing directive, and so he sees Zaake’s treatment as fuelled by purely politics.

“Therefore the arrest of Hon. Zaake and detention in a place yet to be established was not only illegal, it was yet another act of the Museveni regime targeting political opponents,” Bobi Wine said, adding that he is working with other leaders not only to demand for Zaake’s release, but also to “demand that government stops using COVID-19 as a political tool to promote its failed system and to target opponents.”

Over 100 tonnes of relief food fail quality test, to be returned or destroyed by UNBS as Standards body continues food quality checks