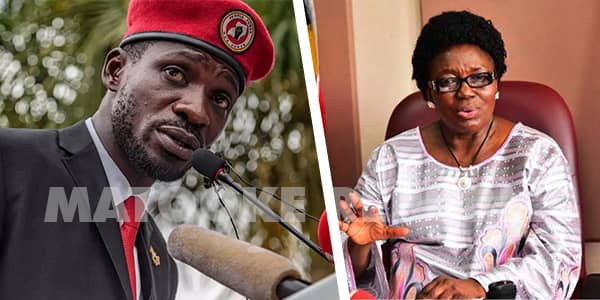 The Shs10 billion Parliament allocated itself last week is continuing to generate news as Speaker of Parliament Rebecca Kadaga has said that Parliament will be taking action on the indiscipline of Member of Parliament Kyadondo East Hon. Robert Kyagulanyi alias Bobi Wine concerning the issue of the funds.

Kadaga ordered Bobi Wine to appear before the Rules Committee for allegedly putting the institution of Parliament into disrepute. This was after Bunyole West MP James Waluswaka made a statement on the floor of Parliament demanding for an explanation from Bobi Wine, on why he branded the Shs20 million given to each MP as a bribe.

“As for the members who are indisciplined, we will have to take action; the honorable Kyagulanyi, after making the statement, he will have to go to the Rules Committee for bringing the House in disrepute. Even for the others, I will tell you what to do,” Kadaga said.

Bobi Wine is one of the few legislators that decided to take back the controversial Shs20 million that was given to each MP as facilitation for activities on the control of COVID-19.

Despite Court blocking the release of the money, Kadaga yesterday rubbished the Court Order and allowed the legislators to spend the money under their respective district COVID-19 taskforces.