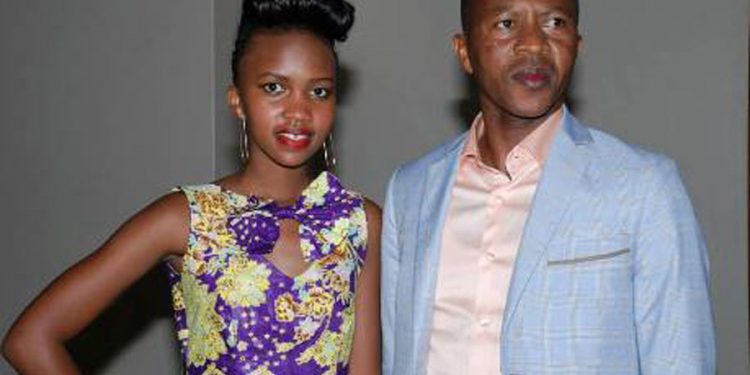 FATHER AND DAUGHTER: The Gashumbas.

Frank Gashumba is not letting critics go against daughter Sheilah Gashumba for coming out and ranting about low pay during her time at Serena Hotel-based TV station NTV Uganda. On Friday, Sheilah through her twitter put NTV on the spot, literally, for exploiting presenters revealing how she was being paid Shs50,000 per show.

Frank Gashumba has defended his daughter labeling those attacking her, ‘fools.’ The social and political critic said he allowed Sheilah to work for Shs50,000 because she was young and wanted to develop her work ethics.

According to Frank, those attacking Sheilah are frustrated idlers who have no moral authority of commenting on a ‘big’ brand like Sheilah.

“Sheilah is wearing out passports while many of you attacking her are wearing out socks,” Frank Gashumba said.

He claimed that Sheilah is the first youngest Ugandan presenter to get accreditation to cover the Commonwealth Heads of Government Meeting (CHOGM) and BET Awards.

Gashumba alleged that Sheilah’s departure from NTV was felt as most programs that the daughter was presenting lost viewership and following.

“NTV The Beat, T-Nation, and The Style Project shows are no longer trending because Sheilah quit,” Gashumba asserted.