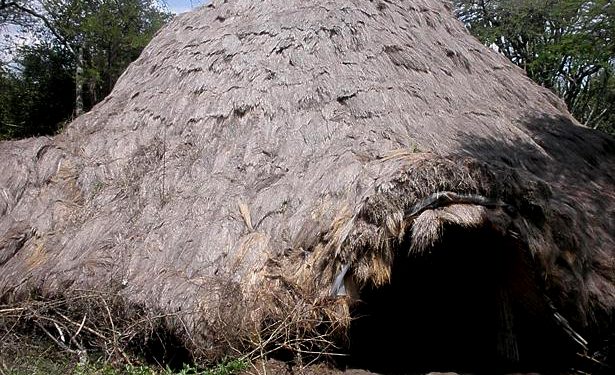 Bigo Bya Mugyeyi is a 10 kilometre array of archeological earthworks that are believed to have been put in place between the 13th and 17th centuries. COURTESY PHOTO.

Since 2015, every May 5 each year, the world commemorates the African World Heritage Day designated by the United Nations Educational, Scientific and Cultural Organisation (UNESCO) at the 38th session of its General Conference. The purpose of setting aside the date was to increase global awareness of African heritage.

On this year’s African World Heritage Day, I found it fundamentally vital to have an honest conversation concerning African heritage; nature and culture.

Roughly 60 years after most African countries got their independence; the continent continues to lag behind in so many aspects, worse still, in those in which it should be leading. I will, in this piece, focus only on Africa’s nature and history in relation to UNESCO’s credit and acknowledgement of the different centres in Africa as world heritage sites.

According to the world heritage list published by the organization, and accessible to the general public through their website, https://en.unesco.org, Africa has the least recognised centres; a paltry 12% yet we have unmatchable natural and cultural sites.

Archaeological studies on the continent point to the fact that human life most likely began here; from Dr Leakey’s hominid discovery, Zinjathropus – the oldest human skull known to date, to ancient civilisations in the southern parts of the continent, Ethiopia, and various other locations.

Uganda, for example, has quite unfairly in my opinion, only three recognised sites; The Royal Kasubi Tombs, Rwenzori National Park, and Bwindi Impenetrable National Park. How profoundly must Africa’s rich natural and cultural sites be emphasized before they are accorded an equitable amount of recognition at the international stage?

According to Article 1 of the World Heritage Convention, Cultural Heritage means any monuments, groups of buildings; separate or connected sites; natural or man-made, which are of universal value from a point of view of history or science.

Article 2 of the same convention defines natural heritage as any natural features consisting of physical, biological, physiographical formations of outstanding universal value from the point of view of aesthetic science or conservations.

Summarily, UNESCO’s criteria for selection of a centre to qualify as a world heritage site are that the said centre must be of “Outstanding Universal Value”.

Para 49 of the Guidelines for the Implementation of the World Heritage Convention defines Outstanding Universal Value to mean cultural and/or natural significance which is as exceptional as to transcend national boundaries and to be of common importance for present and future generations of all humanity.

In reference to the above and further, the requirement by the World Heritage Committee, to meet at least one out of the ten selection criteria, I submit that, more than 12% of Africa’s natural and cultural centres qualify, in every sense of the word, to be on the World Heritage List.

It is therefore, with absolute derision that we have an entire day, annually, to celebrate African heritage that has not been given due honour and recognition. Additionally, it is horrifyingly diabolical and unacceptable that we are necessitated to explain and prove Africa’s worth to the very people who deliberately plundered this continent in the most ruthless ways from the 1870s to the 1960s.

Up until now, properties from Africa are comfortably kept in museums in Europe. As if that is not enough, negotiations to return the said properties have hardly yielded positive results under the guise that Africa doesn’t have capacity to keep the very things that belong to her! Why must we even be required to negotiate for what is ours? All this, and a lot more, underscores racial demographics and further illustrates the deeply rooted, institutionalized racism, that continues to exist at the international stage, through most, if not all, of the international agencies/ bodies handling world affairs.

I, therefore, strongly opine for consideration, the idea that Africa must create its own stage where it will ably accord accurate and due honour to her history, talented people in sports, academia, politics and every other field; her gifted nature, outstanding culture, to mention but a few.  This is one way to end institutionalized racism against Africans and I implore organisations such as the African Union, through its organ responsible for Arts, Culture and Heritage and other regional groupings on the continent to ensure implementation of such fora.

There is urgent need for the African leadership to contrive the Africa that should be –  the Africa we want. Why exactly do we wait on international bodies which serve interests of western countries, to honour and recognise Africans? Why can we not take the lead in matters of our own?  How come, after these many years of knowing that the system is not for us, we have done little or nothing about such situations that continue to place us in political, economic and social disarrays? Now is a good time to address that.

Karagwa is a Law Finalist at Uganda Christian University (UCU)