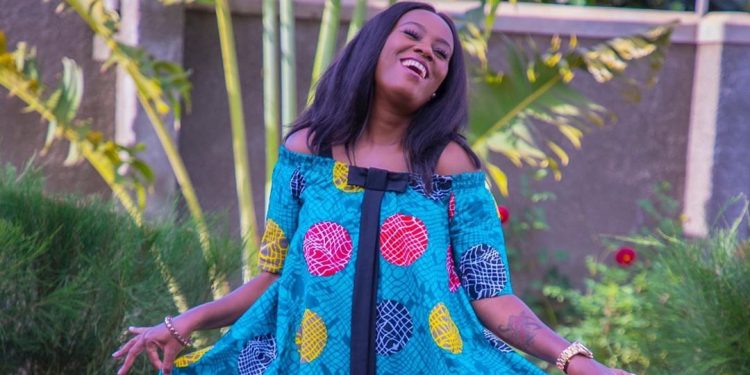 Last night, social media in East Africa exploded at the hearing of the news of songstress Juliana Kanyomozi newborn, a boy she named Taj. Juliana released after-labour photos while joyfully holding her son on her official social media pages. The boy was born on Tuesday, May 12, 2020.

Immediately after the photos surfaced on the internet, fellow musicians in Uganda, Kenya, Tanzania, and Rwanda filled social media newsfeeds with congratulatory messages to the diva, and her name kept on trending throughout the night and the whole of today.

Her fans did the same, filling their WhatsApp status updates, Facebook newsfeeds, Instagram stories and tweets with congratulatory messages. It truly brought about a feeling that Juliana Kanyomozi is a darling all over East Africa, with everyone genuinely happy to see her getting a bouncing baby boy, after some years of the agony of losing her firstborn.

But truthfully, why wouldn’t Juliana be a darling? She has been everywhere and she has done almost everything in music in the region. Being the first female artiste to win Artiste of Year Award at the famous, now extinct but very powerful Pearl of Africa Music (PAM) Awards in the early 2000s, and following it up with a string of other awards along the year, Juliana is widely idolized by her fans, fellow musicians, and has influenced many.

Her voice, smooth to the ears, her music pleasant to the heart and soul, has covered airwaves in East Africa and Africa at large for years, releasing a string of hits while collaborating with musicians all over the region along the way.

Her record is clean. There is not a scandal you can pin on Juliana to taint her name, as she has over the years carried herself with such dignity only befitting of a Princess that she so rightly is.

You can not, not love such a person, or fail to celebrate with them when they achieve something great in their life. The East African music diva that is Juliana Kanyomozi deserves all the love she got and still getting, for the darling that she is.

UN warns of a mental health crisis due to depression caused by unemployment, isolation, loss of loved ones to COVID-19

UN warns of a mental health crisis due to depression caused by unemployment, isolation, loss of loved ones to COVID-19