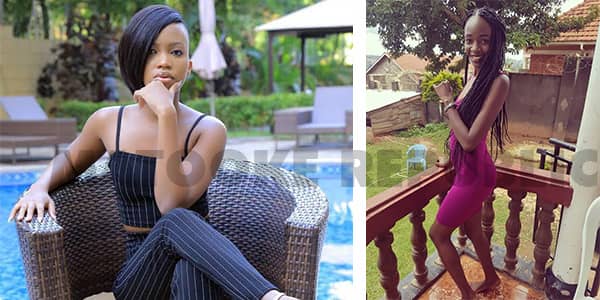 The catfight between former workmates Robinah Kisitu alias Robin Kisti and Sheila Gashumba keeps on escalating daily as each day one of them at least digs in the archives of the other’s secrets.

Sheila Gashumba has today opened her ‘armoury’ and came up with lots of claims concerning the former NTV Login presenter.

“After a deep thought I decided to send an open letter to Robin Kisti,” Sheilah captioned her letter.

Sheilah started her letter by calling upon family, friends, and fans of Kisti to immediately run to her rescue as she claimed that the former NTV Uganda presenter is suffering with mental illness.

“I know maybe life might be hard and sometimes you might give up on yourself but you should never fail to try and fix yourself,” Sheilah said.

Sheilah admitted that Kisti is such a special talent that must not be left to fade away just like that. She urged her former employers NTV Uganda to at least come to her rescue.

Sheilah’s sour responses come a few days after Kisti revealed how Sheilah is a serial drug addict who has also aborted several times.

All this stems from Sheilah’s complaints of poor pay during her time at NTV Uganda, which station Kisti came out to defend.