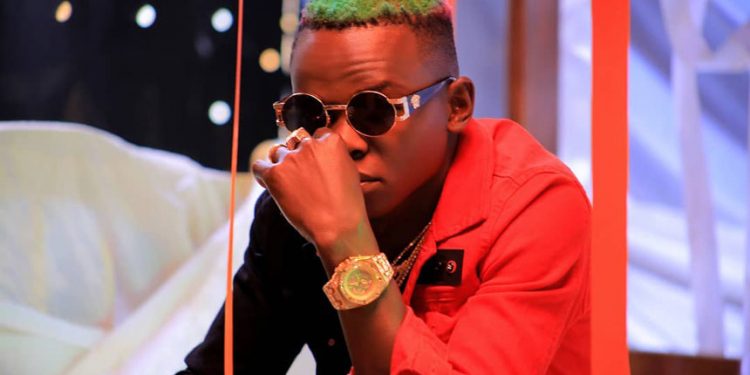 A few days ago, the gossip sections of media outlets have been filled with stories of John Blaq’s bitter row and split from his management, who also double as his brothers identified as Kalobe Kenneth and Norman Kitti.

According to John Blaq’s lawyer Obam Andrew, John Blaq together with his t brothers mentioned above formed a company called Black Records label where the singer owns 20% of the shares.

Obam says that his client has been disrespected and cheated by his colleagues over time, starting by removing his name as a signatory to their joint account and taking out over Shs70m. They went ahead to seize his car, a Toyota Hiace, and have now denied him access to his social media pages (Facebook, Twitter, Instagram, and Distrokid).

All the rest, Obam says, doesn’t matter but they only want to get the login details for John’s social media pages and they part ways amicably.

Obam also refuted the circulating rumours that his client, John Blaq had an affair with one of his manager’s wife, so that is where the bitter row stems from.

“That is a false made-up story that is aimed at painting a bad image of John Blaq and hide their misgivings,” Obam said in a phone interview.