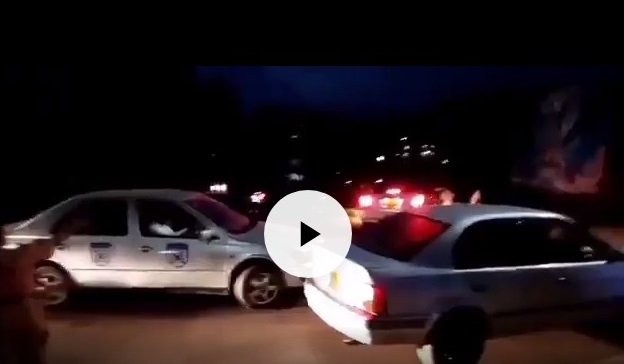 Today has been the first day for private cars to be allowed to move around the country since President Museveni suspended public and private transport nearly two months ago.

Private cars have flooded the streets of Kampala and other cities around the country following Standard Operating Procedures (SOPs) like wearing a mask and not carrying more than three people as directed by Museveni in his last address to the country.

Although they were allowed to move, curfew time of 7 pm was left unchanged, and this meant that no one was allowed to be on the road past 7 pm.

A few hours to curfew, Kampala Metropolitan Police Spokesperson Patrick Onyango advised motorists to start planning their journeys back home so that they are not caught up by curfew, but this has proved to be difficult, due to tight traffic jam along some roads in the city.

The result? Cars along Kira road have been impounded by Kira Road Police Station and be directed to park in a nearby football field in Kamwokya. Police said any impounded cars and their drivers will be kept at the stations until the morning of the following day.

“Curfew: Plan your journey early enough. This is the time you should be thinking of leaving the city centre because of the traffic jam. We shall not listen to any excuse of traffic jam. When it clocks 7 pm and it gets you in any of our checkpoints, we shall lodge you until tomorrow,” Onyango tweeted.