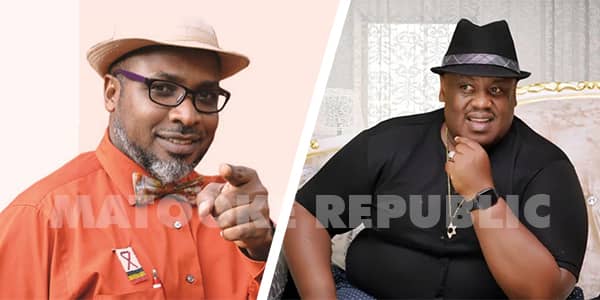 Last week, Pastor Franklin Mondo Mugisha of Empowerment Christian Centre Church International was trending social media for dissing men who spend their time in the gym working out, saying that he has never seen any of those body-building men become billionaires; instead, they turn out to be bodyguards for billionaires.

Mondo’s utterances did not sit well with most people, and discussions of his body weight took centre stage. Last night, fellow pastor Martin Ssempa of Makerere Community church joined the discussion, with a piece of advice to Mondo.

In an interview with NBS TV, Ssempa advised Mondo to start fasting so that he can reduce his weight.

“I saw Mondo’s utterances. What is needed for pastors is to pray and reading the word of God. Thirdly, they need to fast. But when I look at Mondo, I ask him, Mondo, ‘when did you last fast?’”Ssempa said.

Ssempa added that he is also looking at cutting his weight, which is far less than that of Mondo. The outspoken pastor said that Mond is trying to be like political and current affairs analyst Tamale Mirundi, although he noted that Tamale Mirundi’s ability is far ahead.

He advised him to get back to preaching the word of God other than immersing himself in other affairs.

Besigye wants Gov’t to give each family Shs100k per month, pay rent, water, electricity bills for the next six months