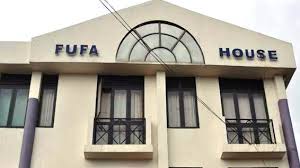 Last week, Uganda Premier League (UPL) clubs CEOs and patrons are said to have secretly met to discuss a way forward on various issues that included the cancellation of the 2019/2020 UPL season by FUFA and financial survival of clubs in this COVID-19 period.

Clubs claimed that FUFA did not consult them when it decided to cancel the league. They also accused it of financially neglecting clubs in this challenging situation despite receiving donations from different bodies.

On hearing such issues, FUFA called teams for a meeting scheduled to take place tomorrow on Wednesday, June 10 to discuss the 2020/21 season and the proposed competitions reforms among other issues.

However, according to a letter seen by Matooke Republic, nine UPL Clubs have decided to shun the meeting citing a series of issues.

“The invitation to discuss club licensing and league reforms in one meeting is ineffective and will not deliver the desired outcome of the meeting.

“The notice given is rather too short for us to make the necessary preparations and consultations. We had earlier planned a similar meeting scheduled for June 18,” the letter reads.

The clubs have also advised FUFA and UPL to organise a separate meeting for CEOs to discuss club licensing and the other for club chairmen to discuss strategic issues affecting the future of the league.