The Shs1.9b from FIFA was already budgeted for – says FUFA Boss Magogo as he denies abandoning UPL cubs in this COVID-19 situation 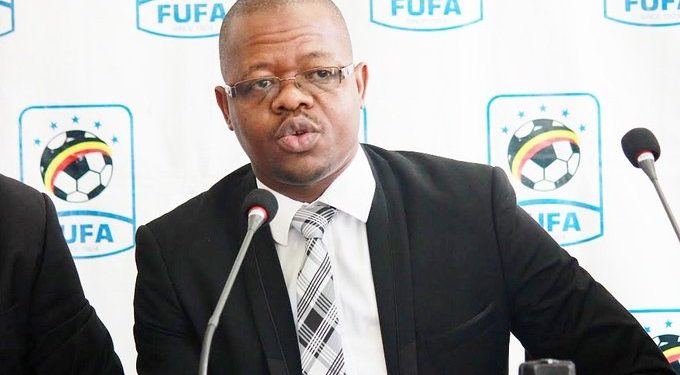 Last week, Uganda Premier League clubs secretly met and agreed to meet with First Lady Janet Museveni, the Minister of Education and Sports. Amongst the many issues they want to raise to the First Lady is asking for financial support of Shs50 million for each club to help them survive the COVID-19 crisis.

The clubs claim that the local football governing body Federation of Uganda Football Association (FUFA) has abandoned them despite recently receiving cash donations from FIFA and CAF.

While appearing on NTV Pressbox last night, FUFA boss Eng. Moses Magogo denied abandoning the UPL clubs. Magogo said the money that the federation received from FIFA was already budgeted for and it cannot be channelled to address other issues.

“The Shs1.9 billion people are talking about comes every year in July but this time FIFA only decided to release it in May just to help federations go on with their activities despite the pandemic. And this money will be audited by FIFA,” Magogo said.

Magogo explained that so far Shs1.7 billion has already been spent from the said money.

“As you know we have very many creditors and we have used this money to clear their balance to zero. These include; CHAN players’ allowances, local clubs winning bonuses and airline tickets among others,” he said.