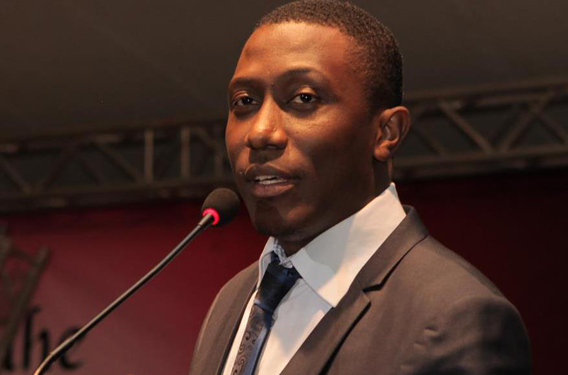 Following the sit-down strike by Sanyu FM presents a week ago and their resulting firing by management, Sanyu FM continues to hire new staff to fill the positions left by former employees, although some have returned after Station owner Dr Sudhir Ruparelia allowed them to reapply.

The latest addition to the list of new faces at Sanyu FM is celebrated radio personality Roger Mugisha. Although we said new faces, Mugisha is not new at Sanyu FM, neither is he new in the radio business.

Mugisha first joined Sanyu FM in 1996 where he became one of the biggest voices on radio airwaves in Uganda before switching to Capital FM towards the turn of the century. He has since worked at other radio stations like Nation Media Group’s KFM.

In his second stint at Sanyu FM, we might hear less of Mugisha’s voice, as he is joining as their new Programs Director, and with more than 20 years of experience in the radio business, a lot is expected to change at the Crane Chambers-based station.

Mugisha joins a fresh lineup of presenters at Sanyu FM with include celebrated comedian Patrick ‘Salvaddo’ Idringi, Isaac ‘Kasuku’ Katende who has been at Ddembe FM, and the loud Tina Fierce, the host of gossip show Scoop on scoop on Urban TV.