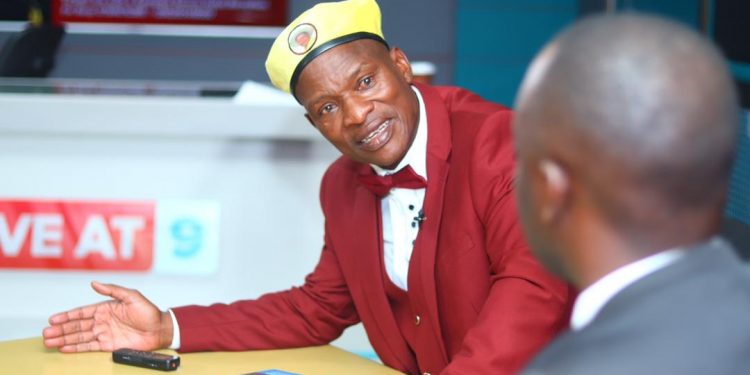 Former Presidential Press Secretary, Tamale Mirundi has spoken out on his shock exit from his weekly One on One show on NBS TV. Mirundi reveals that he disagreed with Kin Kariisa, the CEO of Next Media Services.

According to Mirundi, for long he has had respect for Kariisa because he fought for him when Godfrey Mutabazi, the former Executive Director of the Uganda Communications Commission (UCC) tried to silence him.

Tamale says Kariisa finally fell into the trap of ‘mafias’ as they succeeded in threatening him (Kariisa) with a fake Court Order. The Court Order demanded Kariisa take Mirundi off the show or risk paying Shs10 billion in damages.

“I am disappointed in Kariisa. While in the meeting, I played him an audio where the ‘mafias’ were planning all this but we failed to agree,” says Mirundi.

He reveals that Kariisa tried to convince him that the only way he can be allowed back on the show is if he allows toning down his comments against ‘certain’ individuals.

Mirundi vowed never to appear on NBS TV as he says; “I will only appear again on NBS TV when they are announcing my death.”

Murundi also reveals that mafias have always been against his shows and they have used his hosts to bring him down.

“Simon Muyanga Lutaaya was promised by the mafias Shs10 million per month, now where is he?” explains Tamale.