Besigye: Ugandans should throw out Byabakama’s ‘scientific’ election roadmap with all the contempt it deserves 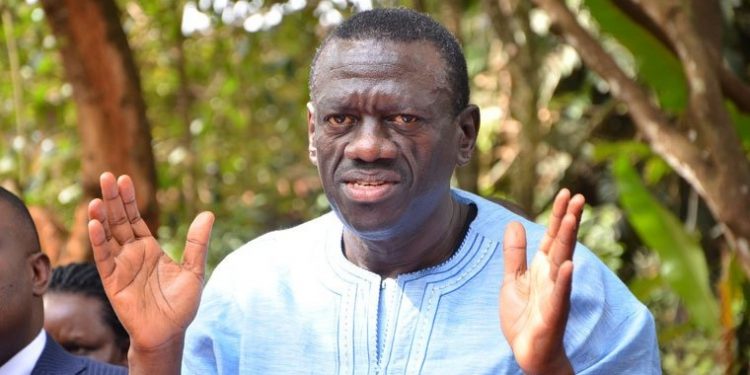 On Tuesday this week, the Electoral Commission released a revised 2021 general elections roadmap with changes to reflect the current COVID-19 situation. Things like public rallies were banned and candidates advised to use radios, TVs and the internet to campaign, something that has since been referred to as a scientific election.

Political activists, majorly those in the Opposition have come out to express their dissatisfaction with the revised roadmap, saying that there is no way it provides a levelled ground for all candidates for it is working in favour of President Museveni’s National Resistance Movement (NRM).

While appearing on NBS TV’s Morning Breeze, People’s Government leader Dr Kizza Besigye has punched big holes into the revised elections roadmap, saying that it is not provided for in the constitution

“There is no scientific election in the constitution. (EC Chairman) Byabakama’s election roadmap is dead on arrival and the people of Uganda should throw it out of the window with all the contempt it deserves,” Besigye said.

He added that the Electoral Commission should have invited all the stakeholders to plan on the way forward but he (Byabakama) didn’t do that, instead, he went to the sole candidate of the NRM, Museveni.

“It is not actually a Byabakama roadmap. It is a Museveni roadmap,” Besigye said.

The Electoral Commission announced that general elections will have to be conducted next year by February 8.