Finance Minister Kasaija says the different figures he read in the Budget are a consolidation of loans Gov’t received from IMF, World Bank, ADB 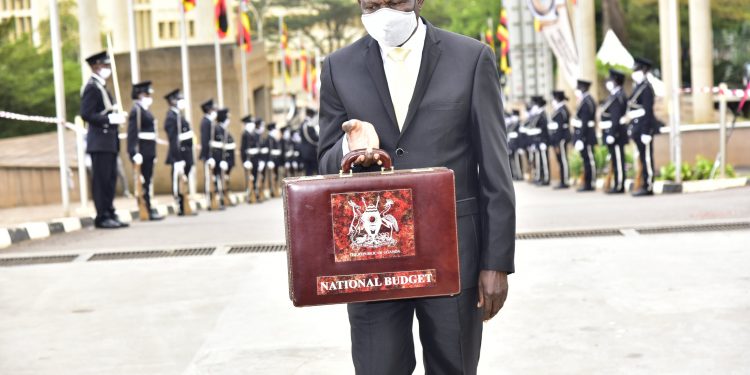 On Tuesday, June l6, 2020, the Chairperson of the Budget Committee of Parliament made a statement on the Floor of Parliament regarding variances between the Approved Budget Estimates and the Budget Speech the Minister of Finance, Planning and Economic Development Matia Kasaija read for Financial Year 2020 /21 on June 11, 2020.

Yesterday, Speaker Rebecca Kadaga requested Kasaija to present a statement on the Floor of Parliament to explain the variance between the Approved Budget Estimates and the Budget Speech he made for FY 2020/21. Kasaija has said that any wrong impression that may have been caused to Parliament and the general public is highly regretted, and issued a clarification.

Kasaija said that the difference in the figures he read and those that were approved by Parliament are a result of additional loan financing government received from the International Monetary Fund (IMF), World Bank, and African Development Bank (ADB) to address the impact of COVID-19 to the economy, the funding which was later approved by Parliament.

“In order to address the economic impact of COVID-19 Pandemic, I presented Loan Financing from the World Bank, International Monetary Fund and African Development Bank for approval of Parliament to finance the interventions highlighted in the State of National Address.

Subsequently, the financing was considered and approved by Parliament as a source of financing the economic stimulus package,” Kasaija said in a letter to the Clerk of Parliament, copied to the President, the Vice President Speaker, Prime Minister.

He added, “Therefore, the figures which I pronounced in the Budget Speech were a consolidation of all the funding for the COVID-19 economic stimulus package including what was appropriated by Parliament and the additional resources secured after appropriation for which we will seek Parliamentary approval at an appropriate time.”

Kasaija said that he should be appreciated for securing this additional financing for the country.

“Indeed, I should be appreciated for securing additional funds for the country in these difficult times.”

When we treat and heal, no one talks about it. When anything goes wrong, they forget the lives saved – says Health Ministry PS Diana Atwine as Entebbe Hospital discharges 44 patients